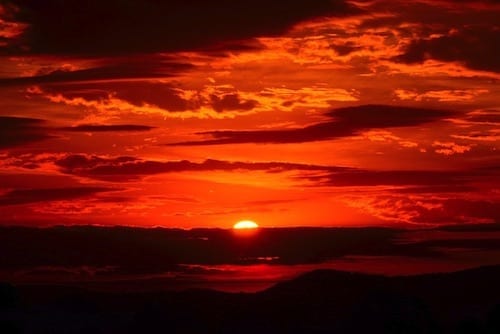 In part two of an INN series on Africa’s new largest gold producer, we take a look at the challenges that Ghana and its investors face.

As Africa’s new largest gold producer, Ghana has plenty going for it with many big mining names operating there thanks to a relatively stable political environment and a friendly business community, though it has many challenges to overcome.

Despite overtaking South Africa in 2018 by producing 130 tonnes of gold according to US Geological Survey data, there are factors at play that actively hold back Ghana’s growth potential, and threats on the horizon (and across borders) that could be a problem in the future.

Ghana has many strengths compared to its neighbors and its peers throughout Africa, but for now the Investing News Network (INN) takes a look at some of the challenges that Ghana faces today and into the future.

The West African nation’s ascent in the gold mining world has been a long time coming, with former behemoth of gold South Africa enduring a long, slow decline while more miners take a closer look at what the Ashanti belt in Ghana has to offer.

To start with, Ghana is located in West Africa and shares borders with Burkina Faso, which made the news for the wrong reasons earlier this year following the kidnapping and murder of a Canadian miner.

While Ghana itself is relatively stable, the region is at risk of jihadist and separatist activity, the movement of arms, kidnappings, disease and political instability.

Chief Risk Officer Charles Dumbrille of In-D-Tel International told INN that Ghana is considered safer than its neighbors, and is ahead in development, stability, the business community and infrastructure — but on relative terms. He said it is still home to plenty of challenges that miners and investors need to consider.

“There is still a lot of infrastructure deficit and red tape that is slowing progress in the country. Furthermore, there are recent threats that are raising red flags and should be continuously monitored,” he said.

One of those issues is the government of Ghana’s struggle with galamsey, or illegal mining, which, while destructive, shows how large a role mining plays in the country.

“Galamseyers create dangerous working conditions that cause accidents on land granted to mining companies that have concessions or licenses,” said Dumbrille, who added that the environmental impacts of unregulated and unmonitored galamsey activity gave the industry a poor reputation.

The government has been engaged in a military-led initiative called “Operation Vanguard” since 2018 to crack down on galamsey activity, with 2,185 illegal miners arrested last year, though only 76 were convicted of a crime.

While most illegal miners are Ghanaians, interestingly, Chinese nationals compose a significant percentage of galamseyers.

China’s ambassador to Ghana has admitted that Chinese nationals are engaged in illegal activities in there, but has deflected blame by pointing out that the Ghanaian government doesn’t reach out to tell it when it has apprehended any of its citizens.

“We don’t know where your gold is. We don’t issue visas too for the Chinese people coming to Ghana. Ghanaians issue the visas. Ghanaians aid the Chinese to where they can find your gold,” he said to local media.

As mentioned, proximity to Burkina Faso was a problem due to porous borders.

“There is a severe risk of potential overflow, including arms trafficking routes through the country and vulnerabilities in the northern region. This deteriorating security situation due to the local militant activity is affecting the economic and social foundations of the Sahel,” said Dumbrille.

Located to Ghana’s North, Burkina Faso is its own major gold mining jurisdiction, but it made the news for all the wrong reasons earlier this year when Canadian miner Kirk Woodman was kidnapped and killed while working in the countryside, with a local arm of Islamic State later claiming responsibility.

Major miners operating there told INN at the time that there was no impact on their operations but many operators including Canada’s SEMAFO (TSX:SMF,OTC Pink:SEMFF) have been flying foreign workers to their mines in order to get around any safety risks.

Dumbrille said the danger wasn’t limited to Ghana, however.

“Burkina Faso is vulnerable because of inadequate security provisions allowing jihadists and local proxies to spread rapidly across the region, potentially opening a gateway to the coastal countries of not only Ghana but also Côte d’Ivoire, Benin and Togo,” he explained. “All four countries are at risk of small-arms assaults, improvised explosive attack, causing death, injury and delays in operations.

“West Africa is a region where goods, people and weapons flow freely across a porous border, instability in one West African country affects all of the others.”

To get an idea of how close the violence in Burkina Faso is to Ghana, Dumbrille pointed to an attack on a police post on December 12 just 50 kilometers from the border between the two countries.

As mentioned, mining companies in the region have taken to flying workers on- and off-site in order to sidestep safety concerns, with the primary concern for foreign workers being kidnappings.

While the death of Kirk Woodman was attributed to jihadists in Burkina Faso, Dumbrille said that, for the most part, kidnappings in Ghana appear to be for ransom.

“Almost 70 cases of kidnap and ransom were reported in 2018, with two Canadians recently being held captive until security forces were involved in their rescue,” said Dumbrille, who added that recent cases have led to ransom requests ranging from US$500,000 to US$5 million, though the government is attempting to crack down on it.

“The government is being proactive and wants to solve its new kidnap and ransom phenomenon so that it does not become a feature of Ghanaian society.”

He also touched on issues with the electricity supply in the country, which is sporadic and unreliable.

“With periodic shortages of electricity and blackouts in the evenings, people are advised not to use Uber, taxi or public transport. The recent warning is not an increasing threat level, and it is still relatively safe for foreigners, but people should remain vigilant and aware of their surrounds.”

Samuel Coetzer also talked about electricity supply, but more on the development side of the equation, saying that electricity infrastructure is one of the few major internal obstacles for the country as it develops into a mature mining jurisdiction.

“They have one hydro facility and they would need (more) for them to continue to grow they will have to invest more in power and delivery power for the mines.”

Jeff Swinoga expressed optimism that despite the sub-optimal infrastructure and services in Ghana, things were getting better.

“The infrastructure … does need improving, and that takes time, but the thinking and the feeling is that the government is supporting that.”

Speaking of government support and work to develop infrastructure and tackle threats to safety and investment, in our next article INN will take a deep dive into Ghana’s inherent strengths as a jurisdiction and how the challenges it faces are able to be overcome.

INN will also take a look at what the future holds for the country, with more input from Coetzer, Swinoga and Dumbrille along with thoughts from Christopher Galbraith of S&P Global.