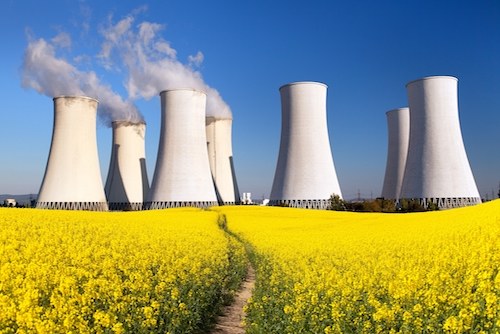 American producers and many market watchers had thought Trump would establish a domestic production quota, limiting foreign imports and strengthening the US market.

Almost five weeks after US President Donald Trump’s Section 232 decision was handed down, the uranium sector is still reacting to his inaction.

American producers and many sector watchers had anticipated that Trump would establish a domestic production quota, limiting foreign imports and strengthening the US market.

He did not, and any expected price momentum did not materialize.

US uranium company Ur-Energy (TSX:URE,NYSEAMERICAN:URG) is one of the firms that asked for the Section 232 uranium investigation to be completed last year, and it had hoped for some sort of production quota to be implemented.

Instead, the president created the US Nuclear Fuel Working Group to examine the entirety of the nuclear fuel cycle and bring forward recommendations.

In a statement on Tuesday (August 6), Ur-Energy noted its disappointment about the decision and announced it will be introducing cost-cutting measures in response.

“As a result of the White House decision to not take action at this time, we were compelled to respond and initiate significant cost‐saving measures which, unfortunately, included a reduction in force affecting ten of our Wyoming employees,” reads the release.

Ur-Energy released a joint statement with Energy Fuels (TSX:EFR,NYSEAMERICAN:UUUU), the other company that played a pivotal role in spearheading the Section 232 investigation, directly after Trump’s decision was released at the beginning of July.

At the time, the companies said they believe Trump will “make the right decision for all Americans,” but reiterated their desire for a quota system and called out US nuclear utilities for opposing such a system.

In Tuesday’s release, Ur-Energy again expressed positivity about the future, but emphasized that the company must also take the present conditions into account.

“We are determined to succeed in our work alongside the Trump Administration and with our customers to find solutions to correct this dysfunctional uranium market, and we remain optimistic that a positive outcome will be reached through these efforts,” said Jeff Klenda, CEO and chairman. “We must, however, at the same time take aggressive proactive measures to further control costs.”

In addition to letting go of 10 employees, the company will commit to internal restructuring and operational modifications in an effort to reduce costs by US$4 million in 2020.

While Ur-Energy is taking a metered and optimistic approach, Laramide Resources (TSX:LAM,OTC Pink:LMRXF) held back no punches in a CEO statement last week.

“Laramide, it should be noted, supported the 232 petition and the efforts of our industry lobbying group, The Uranium Producers of America, on this and other domestic nuclear power related issues but this support was mostly policy driven since the idea of relying on foreign sources for 95 percent of your fuel needs sounds like a pretty obviously bad idea to us that shouldn’t even have been controversial,” CEO Marc Henderson wrote in the company’s August update.

As the company pointed out, the US relies on foreign uranium imports from Kazakhstan, Canada and Australia to supply more than 90 percent of the uranium used to generate electricity.

Not only were quotas meant to stabilize the US market, which relies on imports, but many had expected them to act as a price catalyst for the stagnated spot market.

“Any help from the current Administration, while well meaning, now appears unlikely to be material in the arena and timeframe that matters most to us and other producers and developers, and that is the creation and sustainability of a rational pricing environment on a go-forward basis,” added Henderson.

The newly established US Nuclear Fuel Working Group will have 90 days to review the sector and report back to the president with its findings.