Energy Fuels has closed its acquisition of Uranerz Energy, marking an important development in terms of consolidation in the uranium space. First announced in January, the merger has created “the only integrated conventional and in-situ recovery uranium mining company focused solely on the United States.” It also has the largest NI 43-101 resource base among producers and near producers in the US. 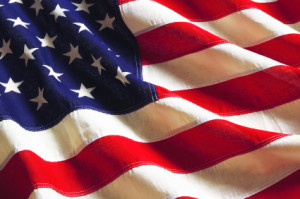 Energy Fuels (TSX:EFR,NYSEMKT:UUUU) has closed its acquisition of Uranerz Energy (TSX:URZ,NYSEMKT:URZ), marking an important development in terms of consolidation in the uranium space.

Announced in January, the merger has created “the only integrated conventional and in-situ recovery uranium mining company focused solely on the United States.” The new company also has both the largest NI 43-101 resource base among producers and near producers in the US, and a combined six uranium sales contracts through 2020.

Under the terms of the agreement, each Uranerz shareholder received 0.255 of an Energy Fuels common share for each Uranerz common stock held. Holders of Uranerz options and warrants are now entitled to acquire 0.255 common shares equal to the exercise price divided by 0.255. Uranerz was delisted from the NYSE MKT and Toronto Stock Exchange on Friday.

“With the completion of our acquisition of Uranerz, Energy Fuels is clearly emerging as a leading integrated producer of uranium in the U.S.,” said Energy Fuels’ president and CEO, Stephen P. Antony. “Our goal is to become the largest uranium mining company in the U.S., strategically supplying the domestic American nuclear power market, and this transaction is a major step towards achieving that goal.”

Institutional Shareholder Services, a large, independent proxy advisory firm, recommended this month that shareholders of both companies support the transaction, and they did so on June 18.

The merger combines Energy Fuels’ conventional uranium production with Uranerz’s ISR assets. Initially, some had raised concerns about merging the two types of businesses, and had noted that Energy Fuels had agreed to pay about a 40-percent premium to Uranerz’s share price despite a weak uranium price. Still, others are happy with the deal, and most agree that the combined company will be stronger and more competitive in the US.

“Bigger is better,” said Mercenary Geologist Mickey Fulp, speaking to the Investing News Network about consolidation in the uranium space in January. David Talbot of Dundee Capital Markets added at the time that the US is “certainly prime for consolidation.”

And indeed, there are a number of analysts and market watchers keeping an eye on Energy Fuels. Columnist Robert Simpson stated this month that he’s tracking Energy Fuels as “the largest producer of conventional uranium in the US,” while Brent Cook of Exploration Insights mentioned that he likes the company because it has “millions of pounds [of uranium] in the ground permitted and ready to go” once the uranium price moves.

Certainly, it will be interesting to keep an eye out for developments from the combined company going forward.

At close of day Friday, Energy Fuels’ share price was up about 50 cents on both the Toronto Stock Exchange and the NYSE MKT, at $5.67 and $4.66, respectively. The company saw higher than average trading volumes on both exchanges.

Consolidation in the US Uranium Market: The Way of the Future?