Many uranium companies are putting out lower amounts of the metal to avoid flooding an already saturated market. Here’s a look at three US-focused uranium companies that are waiting for the price to improve before cranking up output. 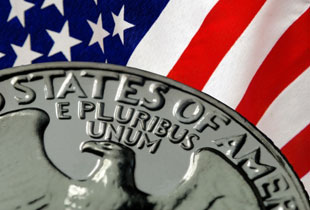 The uranium price has come a long way from the lows experienced post-Fukushima, yet is still not at the level analysts have been touting. Indeed, it continues to dilly-dally around the $40-per-pound mark.

Given that atmosphere, many companies are finding it difficult to remain in production, though those with uranium contracts have the incentive to keep on producing, and lower-cost producers also continue to churn out yellowcake. Generally, in-situ recovery (ISR) leads to lower costs for producers, but lower-cost conventional mines also exist.

That said, the fact that such companies are able to produce in today’s price environment doesn’t mean they’re producing at capacity. Indeed, many are putting out lower amounts of the metal to avoid flooding an already saturated market. Here’s a look at three US-focused uranium companies that are waiting for the price to improve before cranking up output.

ISR projects waiting in the aisles

Unlike conventional mining, in-situ uranium mining involves introducing a solution into a uranium deposit, with the solution then dissolving the uranium found in the sandstone. From there, the dissolved uranium is brought back to the surface through production wells and then processed.

At the top of the list of companies waiting for the price to improve is Wyoming-focused Ur-Energy (TSX:URE,NYSE:URG), which calls itself a “pipeline producer.” In its 2015 guidance, the company notes that it expects to keep up with its average production of roughly 70,000 pounds each month. Overall Ur-Energy is expecting to produce somewhere between 750,000 and 850,000 pounds of U3O8 over the course of 2015.

While the majority of Ur-Energy’s production — some 630,000 pounds — consists of contractual obligations at an average price of $50.10 per pound, the rest will be used to build inventory, “which may then be utilized to complete spot sales transactions on a discretionary basis if then-current uranium spot market conditions warrant.”

Indeed, should the uranium spot price pick up, the company will be looking to sell on the spot market where it can get a better price.

Also waiting for the price to firm up is Uranium Energy (NYSE:UEC), which scaled back its ISR project in 2013. Though the company hasn’t been up to very much in the last year and a bit, it does operate the Palangana mine in Texas. Once the price perks up, the company will be hitting the start button, resuming full production.

Recently in a note to clients, HC Wainwright analyst Jeffrey Wright stated that “[n]otably, Uranium Energy Corp continues to stockpile the uranium produced at Palangana as opposed to selling it into the open market at the current spot price.” When the price picks up, Wright believes that Uranium Energy will be “well positioned to take advantage of an increase in the uranium market.”

Best of both worlds

Investors know Energy Fuels (TSX:EFR,NYSE:UUUU) as the largest producer of conventional uranium in the US. However, several months ago the company made a move to acquire Uranerz Energy (TSX:URZ,NYSEMKT:URZ), effectively dipping its fingers into both the ISR and conventional uranium pools.

“Energy Fuels is uniquely positioned in the US uranium space. And once we close on our acquisition of Uranerz Energy, we should emerge as the dominant uranium producer focused on the US,” Curtis Moore told Resource Investing News in an email, adding that the company is “continuing to consolidate the best uranium projects in the US.”

To get an idea of the company’s potential output, Moore explained that Energy Fuels is currently producing somewhere in the area of 1 million pounds of U3O8 per year, though it will be cutting that production level at some point in 2015. The company’s prized asset, the White Mesa mill, is licensed for more than 8 million pounds of uranium per year. Add to that the prefeasibility study for Sheep Mountain, which points to 1.5 million pounds per year, and a preliminary economic assessment for Roca Honda that indicates 2.6 million pounds per year, and it already looks like the company will be able to churn out an abundance of uranium when those projects are up and running.

While there is no definitive word yet on what price would make ramping up production a reality, Moore noted that the company’s lowest-cost source of production is its Alternative Feed Material business, through which it could make “marginal revenues at very low uranium prices.”

Moore also emphasized that it is a misconception to believe ISR projects are always on the lower end of the cost spectrum — like all projects, they can be bother higher or lower cost. He believes that adding the Uranerz ISR projects to Energy Fuels’ portfolio will give the company access to the best conventional and ISR projects in the US.

Q2 Uranium Results Are In — Key Takeaways from Top Producers
Uranium Mining in the US
Top Uranium Mines around the World
The Uranium Market is Heating Up — Is it Time to Get In?