The Canadian Investor Conference took place in Vancouver this past weekend, and attendees packed in to hear from Brent Cook of Exploration Insights. The newsletter writer shared his thoughts on the lack of discoveries in the metals space and answered a steady stream of questions about mining stocks. 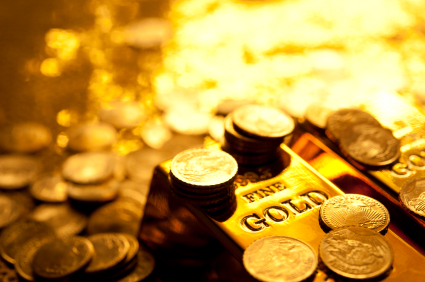 The Canadian Investor Conference in Vancouver this past weekend was smaller than in recent years, but conference attendees still packed in to hear a presentation from Brent Cook of Exploration Insights.

One theme that’s important for Cook is the lack of new discoveries in the mining sector, and he went over that point on Sunday. To start, he drew attention to a lack of funding in the sector, but also to the growing gap between production levels and new mine development.

“To keep up, to find another 90 million ounces every year, just to replace production, we need to find one Carlin Trend a year,” he said. That’s a tall order, and as Cook explained, that isn’t what’s happening. “Production’s dropping off because we’re not finding new deposits,” he said.

Cook added a few more points to that argument:

Cook suggested that within the next year or two majors will start investing in filling the gap between production and discovery. In the meantime, he’s looking for “the very few deposits that make money that are going to fill the gap.” Cook stated that he tries to find a “fatal flaw” in projects “as quickly as possible” so he can move on to checking out the next project.

It’s no surprise, then, that Cook has looked at plenty of projects. Those in the audience had plenty of questions during the Q&A session at the end of Cook’s talk. Here are some companies that were asked about and what Cook had to say about them:

In addition, Cook answered questions about Calibre Mining (TSXV:CXB), Kaminak Gold (TSXV:KAM) and Nevada Sunrise Gold (TSXV:NEV). He owns the latter two, and pegged Kaminak’s Yukon project in particular as another one of the few deposits that will “make it.”

Outside of the gold space, Cook stated that he owns Fission Uranium (TSX:FCU) and Denison Mines (TSX:DML) and that he likes Energy Fuels (TSX:EFR,NYSEMKT:UUUU). He noted that Energy Fuels has “millions of pounds [of uranium] in the ground permitted and ready to go” once the uranium price moves.

Certainly, that’s plenty for investors to think about. Stay tuned for the Investing News Network’s interview with Cook.

Editorial Disclosure: Nevada Sunrise Gold, Calibre Mining and Energy Fuels are clients of the Investing News Network. This article is not paid-for content.

Brent Cook: Know the Difference Between a Legitimate Discovery and One That’s ‘Just Not Going to Work’