As uranium prices start to rise, Uranium Investing News examines the benefits of long-term contracts and looks at the possibility of more of them being around the corner. 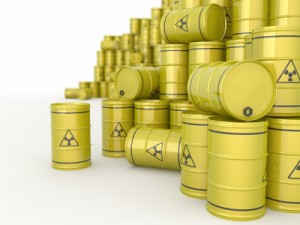 As the price of uranium starts to rise and utilities companies come to the end of their supply, such companies are once again looking into the benefits of long-term contracts to secure a steady supply of uranium.

Uranium Investing News spoke with David Talbot, vice president of mining and senior analyst with Dundee Capital Markets, to put together a brief overview of how long-term contracts work and how they benefit both uranium producers and buyers.

Long-term contracts are arrangements under which utilities companies agree to buy uranium for a set price over a guaranteed amount of time. This provides them with a secure supply source and in turn gives producers a guaranteed source of income.

In recent months, Ur-Energy (TSX:URE) has been one example of a company that’s taking advantage of long-term contracts. It supplied uranium for $59.96 per pound in 2014′s third quarter, making a 92-percent premium.

Now, with uranium prices looking set to increase, more interest in such long-term contracts appears to be back on the horizon. That’s in contrast to 2013, which was not a happy year for uranium producers, with mistrust following the Fukushima nuclear disaster coming home to roost. Long-term contracts declined from about 190 million pounds of uranium in 2012 to 20 million in 2013.

Talbot said a large amount of contracts with spans ranging from seven to 10 years were signed in the 2006 to 2007 cycle. With that time range set to expire in the next few years, utilities companies are on the hunt for a steady, secure source of uranium.

“Setting a long-term contract provides stability for companies,” he said. “I expect seeing uranium prices rising … because all of [these companies] are going to need uranium at the same time.”

In 2007, about 92 percent of all uranium was sold in long-term contracts, according to Talbot. He added a warning that half of the United States’ required uranium hasn’t been secured for 2016 to 2018, meaning the push is on to secure uranium.

That said, a report published by Ux Consulting sees demand, largely from non-US utilities companies, as the driving force in uranium requirements thought 2025, with prices rising.

Thus far this year, long-term contracts have only secured about a 69 to 71 million pounds of uranium.

Downsides to a long-term deal

Long-term deals can be beneficial for producers and utilities, but there is at least one downside for producers: the possibility of losing out on revenue.

If uranium spot prices were to drastically rise after a producer signed a contract, then it could lose out on the fluctuations on the market. However, as Talbot stressed, stability is key. While a producer may miss out on the opportunity to generate some revenue, a long-term contract provides a steady stream of demand from a client providing capital.

As mentioned, the slump for uranium looks to have turned a corner this year. The uranium spot price is currently in the $40 range, a meteoric rise from the doldrums of $28 per pound seen through May, June, July and August.

Recent gains came on the back of nuclear reactors restarting across Japan, but Talbot said he doesn’t expect that to continue to massage the price of uranium. “Japan pushed uranium to $35 dollar range, but I can’t see that pushing it higher,” he said, adding that prices will rise due as demand starts to trickle in.

Similarly, in a research note to clients, David Sadowski, an analyst with Raymond James, said, “[t]his move is likely a result not of the restart approvals, but rather a resurgence in nuclear utility buying interest — we are hearing that several utilities are in the market looking for supply.”

Given those comments the lens is sure to be once again focused on long-term contracts moving forward.

Securities Disclosure: I, Nick Wells, hold no direct or indirect investment in any of the companies mentioned.