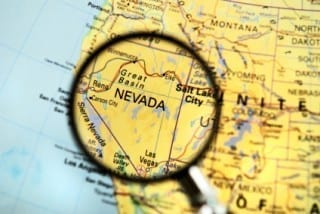 Recently there’s been a lot of excitement over lithium in Nevada — here’s a closer look at the Clayton Valley and some of the lithium companies operating there.

The lithium space has certainly been getting plenty of attention as of late, with investor excitement largely driven by rising lithium prices and increasing demand from the lithium-ion battery sector.
Analysts believe that over the next several years lithium demand will increase by 60 to 250 percent — and that the metal will sell for 50 percent or more above historical levels.
For that reason, many companies are currently on the hunt for new sources of lithium. Most of the world’s lithium is currently produced in Australia, Chile and Argentina, but more recently there’s been a veritable lithium rush in Nevada as well.
That’s partially because Tesla Motors (NASDAQ:TSLA) has announced plans to build a massive lithium-ion battery gigafactory in the state. The fact that the Clayton Valley is home to the Silver Peak mine, the only producing lithium brine operation in the US, also doesn’t hurt. Silver Peak is currently owned by Albemarle (NYSE:ALB).
Read on to learn more about the Clayton Valley and the lithium companies operating there.

A brief overview of the Clayton Valley

Companies in the Clayton Valley

Beyond that, there are a number of companies with projects that are not quite in the Clayton Valley, but that are still relatively nearby in Nevada. They are:

Some of the companies on the list are fairly advanced, whereas others have only recently staked claims in the valley. For example, Pure Energy Minerals completed a resource estimate for its Clayton Valley project in July 2015 and has signed a conditional lithium supply agreement with Tesla.
It’s also worth noting that other companies, such as Dajin Resources, started exploring for lithium in Nevada well before all of the recent excitement around the mineral began.
In any case, there are plenty of junior miners for investors to comb through should they look to Nevada for a lithium play. Of course, only time will tell which companies in the valley will succeed.
Did we miss any lithium companies operating in the Clayton Valley? Let us know in the comments! And don’t forget to follow us @INN_Resource for real-time news updates.
This article was originally published by the Investing News Network in 2016.
Securities Disclosure: I, Priscila Barrera, hold no direct investment interest in any company mentioned in this article.
Editorial Disclosure: Advantage Lithium, Cypress Development, Dajin Resources, Enertopia, Eureka Resources, LiCo Energy Metals, Nevada Energy Metals, Nevada Sunrise Gold, Noram Resources and Sienna Resources are clients of the Investing News Network. This article is not paid-for content.