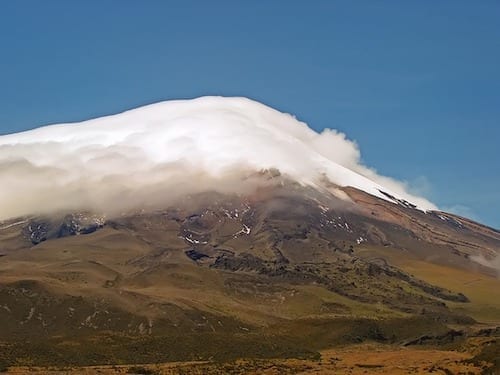 The El Mirador copper mine, owned by China’s CRCC-Tongguan, is currently preparing its first shipment for next month.

Despite recent protests impacting the country, Ecuador is confident it can ship off its first large copper cargo within the next few weeks.

The El Mirador copper mine, owned by China’s CRCC-Tongguan, is currently preparing to send its first shipment next month, Vice Minister of Mines Fernando Benalcazar told Reuters on Monday (October 28).

The company had imposed some restrictions in October to protect workers as austerity measures hit the country, but it has now resumed normal operations.

“Initially we planned to have it done by the end of this month. They have already stockpiled 30,000 tonnes. It will be the first time we have a larger scale exportation going out,” Benalcazar said.

Ecuador has been a particularly hot market, with many companies expecting that projects in the Andean country will bear fruit.

In June, Ecuador’s energy ministry announced that the Cascabel project, owned by SolGold (TSX:SOLG,LSE:SOLG,OTC Pink:SLGGF), will produce 207,000 tonnes of copper a year for its first 25 years of operation. Numbers like this would place Cascabel among the top 20 copper mines in the world.

But unrest broke out in Ecuador in early October as the public began to protest broad austerity measures rolled out by President Lenin Moreno. After nearly two weeks of protests, the government came to an agreement with the oppositional indigenous leaders.

Remi Piet of Americas Market Intelligence previously told the Investing News Network that Ecuador’s move toward cutting government spending will help the country in the long term, despite the growing pains it may cause.

“Those reforms that Moreno is trying to pass were deeply needed in Ecuador … even if it’s extremely hard for the poorest levels of the population to face hikes in gas prices,” he said.

Currently, Ecuador doesn’t rank in the world’s top 10 copper-producing nations, though among the top miners are neighboring Peru (second) and nearby Chile (first).

Copper is a particularly hot commodity, as analysts forecast an increase in demand as electrification takes hold and more technology requires the red metal.

Analysts quoted in FocusEconomics’ October report predict that copper will likely gain traction as “refined production lags behind usage, amid limited production capacity and increasing demand for copper in new technologies such as electric vehicles and green-energy projects.”

The base metal has been trending upwards in October, with the price increasing by 4.61 percent. On Tuesday (October 29), copper prices on the London Metal Exchange were trading at US$5,908 per tonne.