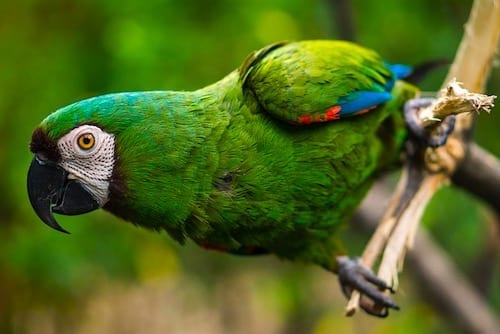 The Ecuadorian Energy Ministry claims that Cascabel will be one of the world’s largest copper mines when operational.

The Cascabel copper-gold project in Ecuador has a bright future, with the potential to be one of the world’s largest copper, silver and gold mines, according to a flourish of promotion from the Ecuadorian government.

The advanced exploration project, which is located north of Quito and owned by SolGold (TSX:SOLG,LSE:SOLG,OTC Pink:SLGGF), was the focus of a preliminary study by the government. The country is looking to help encourage the development of mineral resources.

According to the Ecuadorian Energy Ministry, Cascabel will produce 207,000 tonnes of copper per year for its first 25 years in operation — numbers that would put it among the top 20 copper mines globally.

The ministry also said that Cascabel will produce 438,000 ounces of gold and 1.4 million ounces of silver annually over the same period.

Ecuador has long been touted as a future powerhouse of the South American mining world — it’s already a major oil exporter and its government is said to have become more open to investment since the election of President Lenín Moreno in 2017.

For its part, SolGold is yet to release any definitive envisaged production numbers, as it is currently still working on a preliminary economic assessment.

SolGold has been busy releasing news on other projects in Ecuador this week, announcing on Thursday (June 13) that it has discovered a new copper-gold-molybdenum target at its Sharug project in the south of the country near the city of Guayaquil.

Numbers from the release include the attractive grades of 2.52 percent copper and 491 parts per million molybdenum from one rock chip sample, and grades of 0.56 grams per tonne gold from another.

Company CEO Nick Maher said that the discoveries at Sharug are proof that SolGold isn’t a one-trick pony with Cascabel.

“SolGold’s Pan-Ecuadorean exploration strategy is well on the way to establishing SolGold with a unique pedigree in an integrated pipeline of projects, each with the opportunity to yield world class targets or better,” he commented.

Currently, Ecuador doesn’t rank in the world’s top 10 copper-producing nations, though among the top miners are neighboring Peru (second) and nearby Chile (first) — two nations with which Ecuador shares similar geography along the prolific Andean belt, where most of the world’s copper is mined.

SolGold’s value has fallen by 18.33 percent year-to-date in Toronto after starting the year at C$0.65.