Some believe it’s optimistic to expect a 2015 copper surplus given that miners tend to underperform when it comes to production of the red metal; however, the second argument has rung true in recent weeks, with BHP Billiton anticipating reduced copper production at Olympic Dam. 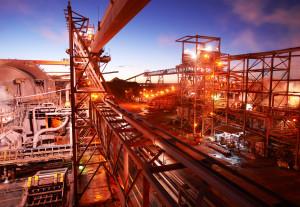 While some have predicted a copper surplus for 2015, others have suggested that’s optimistic given that miners have a tendency to underperform when it comes to production of the red metal. The second argument has rung true in recent weeks, with BHP Billiton (NYSE:BHP,ASX:BHP,LSE:BLT) anticipating reduced copper production at its Olympic Dam operation.

The miner reported on Friday that its Svedala mill, the largest of three mills at the project, suffered an electrical failure at the end of January. The mill will be out of service for roughly six months, and BHP is anticipating a reduction of between 60,000 and 70,000 tonnes of copper output from the mine.

Of course, mechanical failures happen, and that isn’t the first time Olympic Dam has seen problems. Australian Mining notes that a hoist failure in 2009 caused enough damage to reduce production by 75 percent during repairs. BHP also reported a fatality at the mine earlier this month.

All of that adds weight to what some firms and analysts have already pointed out — copper miners don’t always meet supply expectations.

For example, Ian Parkinson of GMP securities suggested at the recent AME BC Mineral Exploration Roundup that the copper industry “has a tendency to over promise and under deliver when it comes to production,” noting that Barrick Gold’s (TSX:ABX,NYSE:ABX) Lumwana mine in Zambia is set to close and that there’ve been talks of a strike at KGHM’s (WSE:KGH) Sierra Gorda mine in Chile.

Similarly, Commerzbank has called surplus predictions “optimistic,” citing routine wage negotiations set to take place in Chile as a possible disrupting factor if strikes were to occur. It’s noted other issues as well, such as cuts to investment in new supply by Codelco and Freeport-McMoRan (NYSE:FCX).

Certainly, BHP’s projected reduction in copper output isn’t insignificant in relation to the projected surplus. Parkinson said that about 200,000 to 250,000 tonnes of oversupply are being predicted, while Bloomberg has said that Australia & New Zealand Banking Group is calling for a 120,000-tonne surplus.

Already, analysts are noting the significance of the disruption at Olympic Dam. “The BHP shutdown lowers the likelihood of a surplus this year,” ANZ Senior Commodity Strategist Daniel Hynes told the news outlet. “That will certainly mean the market is tighter than expected, which is supportive of better prices.”

Despite that news, weak copper prices persist — the red metal continues to sit around $2.58 per pound. Certainly, investors will be keeping an eye out for any changes in the near term.

Despite lackluster copper prices, several copper juniors and developers were still up at least a couple of percentage points this Tuesday: