Barrick Gold announced Thursday morning that it will suspend operations at its Lumwana copper mine in Zambia. The move follows a decision by the Zambian government to jack up royalties on open-pit mining operations in the country by almost 15 percent. 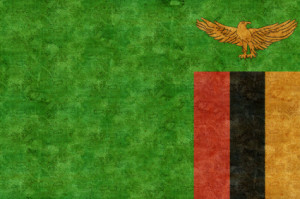 Barrick Gold (TSX:ABX,NYSE:ABX) announced Thursday morning that it will suspend operations at its Lumwana copper mine in Zambia. The move follows the Zambian government’s decision to jack up royalties on open-pit mining operations in the country from 6 percent to a whopping 20 percent.

While changes to Zambia’s taxation regime will eliminate corporate income tax, Barrick has pointed out that the new rules will also slap a 20-percent gross royalty on revenue “without any consideration of profitability.” To be sure, operating the Lumwana mine under the new tax rules would be difficult for Barrick.

“The introduction of this royalty has left us with no choice but to initiate the process of suspending operations at Lumwana. Despite the progress we have made to reduce costs and improve efficiency at the mine, the economics of an operation such as Lumwana cannot support a 20 percent gross royalty, particularly in the current copper price environment,” Co-President Kelvin Dushnisky said in a statement.

In a research note from Dundee Capital Markets, Josh Wolfson states that to account for the changes, Dundee would have reduced its valuation for the mine from a NPV of $110 million down to “a $675MM liability, and the asset would have been uneconomic to operate.” Furthermore, other comments from the analyst suggest that Lumwana was not the best-performing asset to begin with.

“Barrick operated Lumwana for 13 quarters, of which we estimate the asset materially consumed capital and generated only modest levels of free cash flow in only two quarters,” Wolfson said.

The company expects to record an impairment charge of $1 billion related to Lumwana with its fourth-quarter results for this year. It will implement major workforce reductions at the mine in March, and aims to transition the mine to care and maintenance by the second quarter of 2015.

Barrick also noted that the mine supports roughly 4,000 direct jobs in Zambia’s North-Western Province, as well as various community projects in areas such as education and health care.

“We sincerely regret the impact this will have on our people, as well as the communities and the businesses that depend on Lumwana, and we remain hopeful that the government will consider an alternative solution that will allow the mine to continue operating,” said Barrick Co-President Jim Gowans.