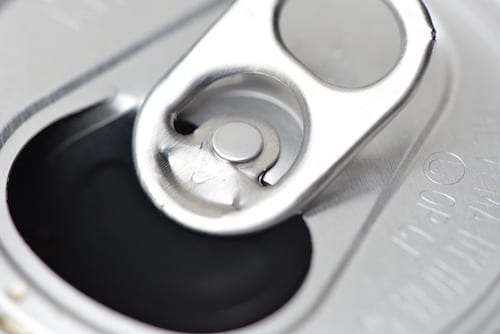 In a televised interview on Tuesday, Hugh Johnston, CFO of PepsiCo, said the company will take a critical look at the cannabis space.

PepsiCo (NASDAQ:PEP) said on Tuesday (October 2) that it will evaluate the cannabis industry in the wake of beverage companies gaining entries into the booming space.

Hugh Johnston, chief financial officer (CFO) of the beverage company, said no deal is currently in place but plans to study the sector during a televised interview.

“I think we’ll look at it critically, but I’m not prepared to share any plans that we may have in the space right now,” he said.

PepsiCo would join its beverage counterpart, The Coca-Cola Company (NYSE:KO), in showing interest for a cannabis play. A report from BNN Bloomberg showed alcohol producer Diageo (NYSE:DEO) was also eyeing a partnership in the cannabis space.

“Along with many others in the beverage industry, we are closely watching the growth of non-psychoactive CBD as an ingredient in functional wellness beverages around the world. The space is evolving quickly. No decisions have been made at this time,” Coca-Cola said at the height of a report indicating it would partner with Aurora Cannabis (TSX:ACB) in some form.

This relationship was renewed in August when Constellation made a second investment worth C$5 billion in Canopy’s business.

The cannabis industry gained a different type of deal when Molson Coors (NYSE:TAP) formed a joint venture with HEXO (TSX:HEXO).

“Over the past year, we’ve come to better understand the cannabis market, the tremendous growth opportunity it presents, and Canopy’s market-leading capabilities in this space,” Rob Sands, CEO of Constellation Brands, said in a press release.

At the core of these relationships is the intention to bring forward a new type of product into the legal market: infused cannabis beverages. The bet these companies are making is for a drink that can offer a buzz to consumers with no calories.

These beverages have been available to consumers in refined cannabis black markets like Colorado and California, but one thing companies are working on as validation is the refinement behind these new drinks.

“Some people are impatient looking for that effect so they drink too much and when it finally hits, they are out of it for a long, long time, Kris Dahl, VP of corporate development with Sproutly (CSE:SPR) told the Investing News Network (INN).

Sproutly, which was added to the Horizons Emerging Marijuana Growers Index ETF (NEO:HMJR) in September, will use its technology to develop and sell cannabis-infused water.

“Ours are less than five minutes onset and in less than 90 minutes it’s fully out of your system,” Dahl explained.

Health Canada, the government agency tasked with regulating the drug, has indicated legalization for infused products and cannabis edibles will be arriving approximately a year after legalization.

The confirmation from PepsiCo’s potential interest in cannabis adds another major player into the mix for a possible entry. This move has brought legitimacy to the cannabis play and a wider set of investors to take notice.