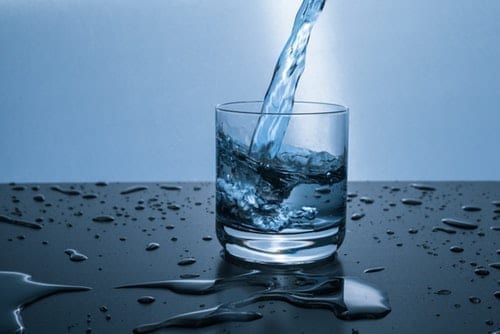 Sproutly, an upcoming CSE public company, will seek to raise capital in order to develop partnerships with beverage producers and sell an efficient cannabis drink.

The opportunities presented for the cannabis market following legalization will only increase a year after the event, thanks to the legitimization of novel products such as vaporizers and edibles.

Cannabis infused beverages will also attempt to catch the eye of new consumers seeking alternatives to the most associated consumption methods with the drug. A company working to develop its own beverage told the Investing News Network (INN) about its public market intentions at the Lift & Co Cannabis Expo in Toronto held May 25-27.

Kris Dahl, VP of corporate development with Sproutly told the Investing News Network (INN) the launch of the stock is coming in June under the ticker symbol “SPR.” The company will begin raising capital in the go-to exchange for alternative cannabis ventures as an infusing beverage developer.

Last year Sproutly signed a non-binding letter of intent with a public mineral exploration company in B.C., Stone Ridge Exploration (CSE:SO), to launch its stock via a reverse takeover.

This year Sproutly reinforced its platform by buying Infusion Biosciences and the rights to its key APP Technology. The transaction cost Sproutly C$36.9 million common shares of the resulting issuer and C$5 million of cash.

“We are going to partner up with people who have better marketing machines, they know how to brand and they already have the distribution logistics locked down,” Dahl said. He explained the company currently is eyeing July 2019 as the date these beverages will be allowed legally.

Sproutly will target beer companies, soda companies, energy drink companies and water companies for this partnership. According to Dahl some alcohol producers are seeking to add cannabis into their immediate plans but are concerned of the offerings due to the slow off set time.

The advantage from a patent applicant APP Technology

As he explained it, current cannabis beverages are oil based and take 30 to 45 minutes for the effects to begin showing. “Some people are impatient looking for that effect so they drink too much and when it finally hits, they are out of it for a long, long time, Dahl said.

“Ours are less than five minutes onset and in less than 90 minutes it’s fully out of your system.”

Sproutly is growing product thanks to its licensed producer hopeful Toronto Herbal Remedies. The potential LP, according to the company, is a 16,600 square feet facility located in the Greater Toronto Area.

The company doesn’t plan to grow product for the recreational or medical market, but instead will focus entirely on its extraction technology.

The end result is two finished ingredients: Infuz2O and Bio-Natual Oil or BNO. The first a water-soluble cannabis solution which will enable the company to produce formulated beverages with the effect of the drug.

Sproutly claims the Infuz2O solution dissolves in the water fully, in less than five minutes. BNO is a cannabinoid (CBD) oil capable of being infused into edibles or be have a transdermal delivery, meaning it is administered across the skin.

Last year, in what served as a significant driver for cannabis stocks, Constellation Brands (NYSE:STZ) signed an investment agreement with Canopy Growth (NYSE:CGC; TSX:WEED) where the alcohol producer would get a 9.9 percent equity worth C$245 million.

A partnership between the two was also formed and the potential for infused drinks became real for the biggest cannabis company in the public market.

“We are on to specifics of brands, flavourings, formats,” Canopy CEO Bruce Linton said during a conference call earlier this year as reported by Canadian Press.

The rush for these water products may relate to the need for the market to expand and provide novel products to incoming new consumers.

During an investment panel at the Lift & Co Cannabis Expo in Toronto, Chuck Rifici CEO of Cannabis Wheaton (TSXV:CBW) told the audience the entry of all types of products a year after the legalization of recreational cannabis in Canada is going to cause flower smoking to become a craft grow dominated market.

“A year after legalization we are going to have edibles and vape pens and other products that are going to come in time… The only people smoking flower are going to be real connoisseurs,” Rifici said.

In an interview with CNBC’s Mad Money show Bruce Linton, CEO of Canopy said he sees the partnership with Constellation delivering a “big driver” with the beverages they are currently working on.

Linton explained these drinks will provide a euphoria with pleasantness and no extra calories.

Editor’s Note: This story was updated to correct the launch of Sporulty’s stock on the CSE.