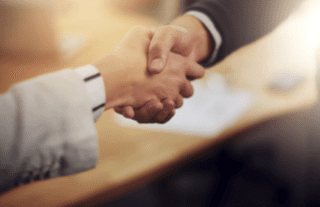 As the cannabis sector continues to expand and grow other industries have taken notice and started dipping their toes on investment possibilities. Case in point, on Monday (October 30), Constellation Brands (NYSE:STZ), a giant in the alcohol production industry, announced an investment deal with one of the leading cannabis LPs in Canada, Canopy Growth (TSX:WEED).
According to the announcement, Constellation will receive 9.9 percent equity of Canopy for $245 million. Canopy also told investors it had issued 18,876,901 warrants to an affiliate of Constellation as part of the agreement.
Bruce Linton, Canopy’s CEO, said the company plans to learn from the team at Constellation on growing brands–a topic Linton spoke about at length during a presentation earlier this year.


Give me my free report!
In an interview with the Wall Street Journal, Constellation chief executive officer Rob Sands said the deal is a direct response to an expectation for cannabis to be legalized in the US.
Constellation emphasized it does not plan to sell any type of cannabis products until it is legal to do so. The company plans to close the transaction by their third quarter of their fiscal year 2018.
Since Monday’s announcement, Canopy stock has increased 26.11 percent. On Thursday (November 2), following a confirmation statement from Canopy on the deal, the company experienced a volume of 3.95 million, representing the number of shares traded that day.

Financial analyst weighs in the move by Constellation

In an interview with Business News Network Vivien Azer, an analyst at Cowen & Co., said she applauded Constellation for earning the status of the first mover as an alcohol company making a formal bet in cannabis.
Azer added she wouldn’t be surprised to see more deal similar to the Canopy one to begin between cannabis, alcohol companies, and tobacco ones.
When asked if the momentum from changes of regulation at a state level will elevate all the way to the federal level Azer said she doesn’t expect any changes “under the current administration.”
The state-level momentum should put the US in a position, with a change in administration for a broader shift in cannabis regulation,” Azer said.
A report by CNBC indicated Constellation would be working with Canopy to start developing “cannabis-infused beverages,” which could potentially open a whole new opportunity for the sector.
Don’t forget to follow us @INN_LifeScience and @INN_Cannabis for real-time news updates!
Securities Disclosure: I, Bryan Mc Govern, hold no direct investment interest in any company mentioned in this article.