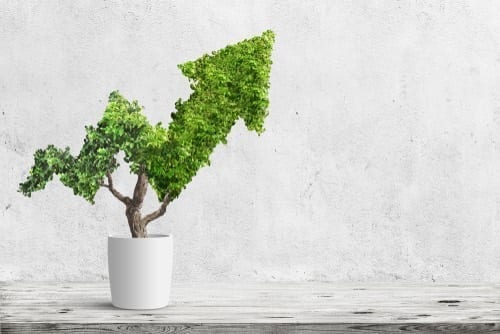 After weeks of speculation of how exactly another established alcohol company would dip into the cannabis space, on Wednesday (August 1) Molson Coors Brewing (NYSE:TAP; TSX:TPX) and The Hydropothecary Corporation (TSX:HEXO) confirmed a new partnership.

A joint venture will be developed between the two companies for the production of non-alcoholic beverages infused with cannabis. According to the announcement this new venture will be a standalone company with its own executive team and board of directors.

The split between the two companies’ controlling stake in the new venture is 57.5 percent for Molson and the remaining 42.5 percent for Hydropothecary, a company which recently graduated into the Toronto Stock Exchange (TSX).

The company is also in the process of changing its name to HEXO, the name of its cannabis brand.

Sebastien St-Louis, CEO of the cannabis producer said the two Quebec-based companies will begin working on the development of “responsible, high-quality cannabis-infused beverages.”

Canada is set to legalize the sale of recreational cannabis on October 17; however, edibles and other novel items like infused products will have to wait to enter the market.

Frederic Landtmeters, president and CEO of Molson Coors Canada said in a statement the company remains a beer business at the core but also enters the cannabis space through this new venture.

The entry of alcohol companies into the cannabis space

The deal represented an investment of approximately C$245 million into the leading cannabis company for a 9.9 percent interest. Since then Bruce Linton, CEO of Canopy, has indicated the two companies meet regularly and have a key interest in their own infused beverage products.

A variety of consumer studies have started to show the trend of alcohol consumption dropping in territories where cannabis becomes legal. A recent joint research study found over ten studied years, between 2006 and 2015, counties with legal medical cannabis caused a nearly 15 percent dip for alcohol sales per month.

Despite these predictions, the alcohol industry has embraced the potential of the cannabis space with the Wine & Spirits Wholesalers of America (WSWA) voicing their support for the legalization of adult-use cannabis in the US.

The association offered its support for the cause and even offered regulations it wishes to see in place for the legalization of the drug, like a minimum consumption and possession age of 21-years-old.

The share price for HEXO rose quickly on Wednesday’s trading session, reaching a price of C$4.94, a near 14 percent increase as of 1:40 p.m. EST.

One response to “HEXO Wins Partnership with Molson Coors”