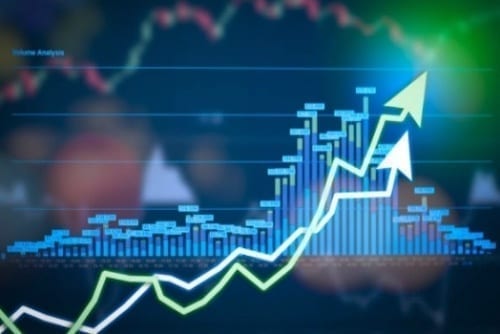 The company’s share price soared thanks to its leading position for a partnership with an alcohol company rumored to be entering the cannabis space.

All eyes are on Tilray (NASDAQ:TLRY) following the release of its second quarter financial results on Tuesday (August 28), since — according to a portfolio manager — the company is a leading candidate to an alcohol producer’s entry into the cannabis space.

Doug Waterson, CFO and Portfolio Manager with Faircourt Asset Management and Manager of the Ninepoint UIT Alternative Health Fund told the Investing News Network (INN) a “highly significant portion” of Tilray’s recent gains were due to speculation of the company serving as a partner for the entry of alcohol producer, Diageo plc (NYSE:DEO).

Rumors began swirling following a report citing the entry of the alcohol producer into the cannabis scene, leading to speculation as to which company was closest to any kind of deal–with fingers pointing to Tilray.

“[Tilray is] a quality name in the space and it would make a good partner for someone looking to enter [like a] beverage company,” Waterson said.

As a result, shares of Tilray increased on Wednesday (August 29) and closed with a 20.64 percent price increase to reach US$62.13. After hours trading brought the company’s share price down 2.54 percent to US$60.55. By Thursday’s (August 30) trading session, the producer’s stock dipped 4.93 percent to reach a closing price of US$58.63.

Waterson added Tilray’s advantage compared to other cannabis names speculated in the race for a deal with Diageo, is its recent relationship to pharmaceuticals and non-exposure into the volatile US cannabis market.

The executive and portfolio manager told INN he thinks investors need to remember this potential deal might not match the famous Constellation Brands (NYSE:STZ) relationship with Canopy Growth (TSX:WEED,NYSE:CGC).

“I think investors should keep in mind that a transaction with a beverage company could take many forms… there are lots of other ways for the companies to work together that might not have that same impact but [can] still be meaningful,” Waterson said. He cautioned investors assuming a rush towards a “controlled position kind of investment.”

Constellation made a second investment into Canopy, adding C$5 billion into the production of the company in international markets. This decision sent cannabis stocks rushing as the markets saw the investment as another sign of maturity for the growing industry.

Waterson said he expects to see the number of deals between cannabis companies and established industries to increase. However, he added those moves won’t be only in Canada, signaling to the global trend of cannabis legalization.

Experts have agreed as the cannabis industry continues growing established markets like pharmaceuticals, tobacco and alcohol would make attempts at entries into the emerging space.

“I would say it’s more important to [the tobacco industry] to do a deal but it’s also probably more difficult,” Waterson said, citing the political and optics issues entry from tobacco would cause as a potential barrier of entry.

In terms of Tilray’s financial results, Brendan Kennedy, president and CEO of the producer, gave credit to global strategy and a multinational distribution network.

Tilray reported C$12.7 million in revenue for the quarter by selling 1,514 kilograms of cannabis and rising its average net selling price from C$8.12 to C$8.36. The producer also reported a net loss of C$12.8 million.

The company has gained value in the Canadian market as it secured supply agreements for legal adult-use cannabis to BC, Manitoba, Nova Scotia, Ontario, Quebec, Yukon and the Northwest Territories.

Tilray made its debut in the public markets earlier this year in July when it launched its initial public offering (IPO). The producer opted for the NASDAQ exchange and offered 10.350 million shares of class 2 common stock at a price of US$17 per share.

Since its launch in the public markets, Tilray’s stock has surged rapidly and so far in the year has increased a whopping 177.49 percent.

One response to “Tilray Shares Rise Amid Potential Diageo Partnership”