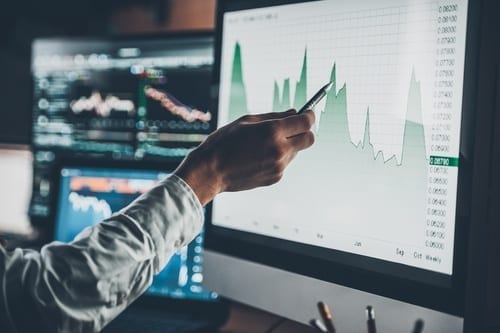 A new investment deal under which Constellation Brands will add to its existing stake in Canopy Growth sent cannabis stocks soaring on Wednesday.

On Wednesday (August 15) the cannabis industry received a much needed ‘shot in the arm’ thanks to alcohol producer Constellation Brands (NYSE:STZ) re-upping its stake in Canadian licensed producer (LP) Canopy Growth (TSX:WEED,NYSE:CGC).

The alcohol company will invest C$5 billion in Canopy and obtain 104.5 million shares of Canopy, effectively gaining a 38 percent stake in the company. The resulting money, Canopy said, will be used to execute the company’s global strategy in countries where cannabis laws may be favorable.

The Constellation announcement came alongside the first quarter results for the fiscal 2019 year from Canopy, leading to a double digit percent jump for the producer’s Toronto Stock Exchange (TSX) listing.

“Over the past year, we’ve come to better understand the cannabis market, the tremendous growth opportunity it presents, and Canopy’s market-leading capabilities in this space,” Rob Sands, CEO of Constellation Brands said.

The US company had already obtained a 9.9 percent stake in Canopy last year, an announcement that boosted the cannabis stock market through a significant rush in January 2018.

“We view this investment in our business as an endorsement of our execution since forming our initial strategic relationship in October 2017,” Bruce Linton co-CEO of Canopy Growth said.

The relationship between the two companies also hints at the potential infused beverages holds in the cannabis industry. Many players are entering this particular space and the Canopy and Constellation duo has announced its intentions to develop these beverages.

Charles Taerk, president and CEO of Faircourt Asset Management, said the goal will be for a disrupting set of products that can serve as a replacement of alcoholic beverages and disrupt the health market.

Taerk told the Investing News Network (INN) following the dip from the Ontario delay on recreational cannabis retail sales the Constellation investment “is a shot in the arm to remind [investors] that it’s not just about the short term, this is a long term play.”

Taerk speculated some of the next would be hopefuls to obtain a partnership with a global venture are Aphria (TSX:APH), Aurora Cannabis (TSX:ACB), Tilray (NASDAQ:TLRY), CannTrust Holdings (TSX:TRST), Cronos Group (TSX:CRON,NASDAQ:CRON) and Organigram (TSXV:OGI).

“It legitimizes the Canadian businesses and it legitimizes global recreational and medical opportunities and then you ask the question ‘ok who’s next?’… That is really a list of companies that we feel are well positioned, have capacity and don’t have a dance partner, so it’s potential,” Taerk said.

Following the closing bell on Wednesday, every stock on the Canadian Index of The Marijuana Index, showed a rise in share price, with the only exception being Namaste Technologies (TSXV:N) remaining the same as its previous close.

The actual Canadian Index itself was up 52.21 percent following a dip caused by the Ontario announcement on retail cannabis sales.

Except for The Green Organic Dutchman (TSX:TGOD), all of Canopy’s fellow TSX-listed cannabis licensed producers enjoyed a double-digit percentage jump on Wednesday.

Taerk told INN there is still upside for Canopy’s stock as he anticipates a growth in earnings, a lacking area in the company’s report, during the second half of 2018 and early into 2019.

“We anticipate that once the provincial sales agreement starts to kick in, which will be in calendar Q3 and Q4 of this year, then you’re going to start to see the change, you’re going to see increased revenue but you’re also going to get to have positive earnings,” he said.