Learn how to invest in the growing artificial intelligence market, which is projected to reach US$59.74 billion in value by 2025.

Artificial intelligence (AI) has been pegged by some as the fourth industrial revolution, with many industries and countries investing heavily in it.

According to Statista, it is estimated that there will be massive growth in revenues from AI over the next several years, reaching US$126 billion in 2025, up from US$1.37 billion in 2016.

Meanwhile, a report from McKinsey Global Institute predicts that the potential value of AI could reach US$13 trillion annually by 2030. With a large majority of companies across nine business functions in 19 industries making investments, AI has the potential for over 400 use cases and applications, such as regression analysis, statistical inference, clustering and recurrent neural networks.

With that in mind, here the Investing News Network provides a comprehensive look at AI, with an overview of how investors can step into this ever-growing sector to help better answer the question of what artificial intelligence investing is.

What is artificial intelligence?

AI is defined as human intelligence exhibited by machines. A report from NVIDIA (NASDAQ:NVDA) states that AI is transforming the world and that its origins stretch back to the post-World War II era.

While “Narrow AI” is currently in play, the natural progression is towards “General AI,” which in concept is a machine that has human senses and does things just like humans do.

AI and machine learning often get intertwined. Eric Schmidt, chairman of Alphabet (NASDAQ:GOOG), has explained the difference between these two aspects of the fourth industrial revolution.

Schmidt has said that machine learning is “how the system looks at the complex sets of data” and learns from the data, while AI is how the data is expressed.

Further, Schmidt has noted that the terms are used interchangeably, pointing to Google’s Google Photos and Google Translate products as examples of AI in play.

“We think of it as a human like experience and intelligence but what really happened is that machine has learned from patterns,” he said.

The evolution of artificial intelligence

The evolution of AI is moving at a rapid speed, as shown by NVIDIA, which has unveiled a technique that allows robots to work with humans. It was created using a deep learning-based system that the company’s research team claims is the first of its kind.

In this technique, multi-layered artificial neural networks are used to deliver state-of-the-art accuracy in tasks such as: object detection; speech, image and facial recognition; and language translation.

Google itself has been pushing for AI, as seen at its recent I/O conference, at which the company unveiled a host of products that make use of AI. Of note from the conference is a new technology called Google Duplex, which is an evolution of Google Assistant.

Schmidt said small startups are also making investments in AI, with the top area being the medical industry. These healthcare AI startups are using new techniques to cure or diagnose cancer and are finding new ways to discover drugs. He believes AI in the global medical care industry will be “immense.”

According to a Grand View Research report, the global AI market is projected to reach US$733.7 billion by 2027, growing at a compound annual growth rate of 42.2 percent between now and then.

The report states that North America will largely dominate the space due to high government AI investment, leading players and a strong technical base.

In terms of the fastest-growing market, the report states that the Asia Pacific region is at the top of the list thanks to improvements in information storage capacity, high computing power and parallel processing. The report indicates that those three areas have been a part of why AI has been implemented so rapidly in industries such as automotive and healthcare.

Other market projections come from Research and Markets, which suggests that the AI market is expected to reach US$400.2 billion by 2027, up from an estimated US$35.2 billion in 2020, growing at a compound annual growth rate of 41.5 percent during the forecast period.

Fueling that growth will be AI solutions such as virtual assistants, marketing, search advertising, identity access management, intruder detection and cybersecurity for the future.

Ways to invest in artificial intelligence

With such growth potential in the AI market in the coming years, there are a number of ways investors can dive into the sector, including:

For those who would rather invest broadly rather than in a specific company, ETFs are a popular way to do so. Here’s a brief overview of three AI ETFs for investor consideration:

Investors looking to put money into AI stocks also have quite a few options available to them.

To help potential AI investors get an idea of the various sectors available to them under the AI umbrella, the Investing News Network has put together a number of lists:

These lists of AI companies of course provide only a small glimpse at the broader sector, but for those just learning about the AI investment opportunity they are a good place to start.

With so much growth in the AI sector anticipated over the coming years, now may be the time more than ever to jump into this space. 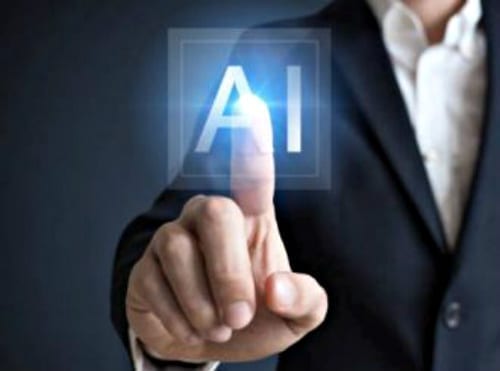 The artificial intelligence sector is hot, and investors are looking for opportunities to jump in — here's... 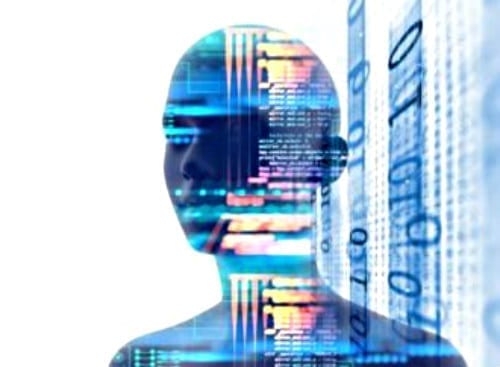 The artificial intelligence sector is expected to be worth over US$190 billion by 2025. Here are...

Bitcoin Trusts: An Easy Way to Enter a Complicated Market
5 Top Wearable Technology Stocks
How to Invest in Mobile Apps
Bitcoin: A Brief Price History of the First Cryptocurrency

One response to “What is Artificial Intelligence Investing?”