Illegal gold mining is more common than one might think, and it’s often incredibly unsafe. A video has surfaced showing a devastating collapse that took place last May at an illegal gold mine in Colombia. The mine, located in San Antonio near the town of Santander de Quilichao, is one of 14,000 in the country that operated without proper permits. 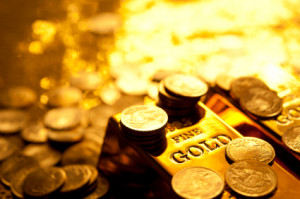 Illegal gold mining is more common than one might think. The practice has been problematic in countries such as Ghana, Peru and South Africa, and although governments have made moves to crack down on illegal miners, it can be difficult to get things under control.

For example, Sibanye Gold (NYSE:SBGL) CEO Neal Froneman suggested last February that it might be time to let the South African National Defense Force handle the issue in that country. South African police could not help the miner when it was troubled by illegal mining as they were unable to go underground.

In addition to being problematic for legal mining operations, illegal mining is often incredibly unsafe. Mine sites built by professionals often go through years of permitting and detailed engineering to ensure their safety, and even then, disaster can still strike. In short, mines that are not built in a responsible manner can pose massive risks.

As one poignant example, a video has surfaced showing a devastating collapse that took place in May 2014 at an illegal gold mine in Colombia. The mine, located in San Antonio near the town of Santander de Quilichao, is one of 14,000 in the country operating without proper permits.

At least 10 people were killed as a result of the collapse. However, the landslide certainly isn’t the only disaster to have hit Colombia — a week earlier, four miners died in an illegal mine after inhaling toxic gas, according to an article published by the Telegraph last year.

There are other issues as well. As noted in an overview of illegal mining in Latin America by the Economist, armed groups often get involved in the process, making things that much more dangerous. Up to 80 Yanomami tribespeople were killed in Venezuela after prospectors attempted to push them from their land. Furthermore, illegal mines can have devastating environmental effects due to the use of harsh chemicals or unregulated river dredging.

On the bright side, action is being taken. Colombia is stepping up its response to illegal miners after much admonishment from communities in the southwest of the country. This month, 11 people were arrested by Colombian authorities due to their involvement in illegal mining operations, according to a report from the Latin American Herald Tribune.

Beyond that, there are other mining companies operating legally in the country. Continental Gold (TSX:CNL,OTCQX:CGOOF) is conducting exploration work at its Buritica project in Colombia, while Colombian Mines (TSXV:CMJ) has an extensive exploration portfolio in the country that includes its flagship El Dovio and Mercedes projects.

Furthermore, Red Eagle Mining (TSXV:RD) recently received environmental approval for its San Ramon gold mine in the country, paving the way for the project to be the first to operate under modern environmental permitting legislation in Colombia. The TSX Venture 50 company recently secured a $65-million financing for the project and anticipates that the mine will be in production by 2016.

All in all, there are roughly 40 companies listed on the Toronto Stock Exchange and TSX Venture that have invested in the country, the Northern Miner notes, and Colombia is doing its best to make it easier for foreign mining companies to move forward with projects there.

Certainly, there’s a ways to go when it comes to combating illegal mining, not just in Colombia, but in other jurisdictions as well. However, the video above serves as a key reminder of why legal requirements and permitting processes for mines are so important.