Uzbekistan is a land-locked country in Central Asia, once a member of the former Soviet Union. The country hosts impressive mineral reserves, including gold, copper, molybdenum, silver, zinc and uranium. The mineral sector has been the country’s main economic engine. 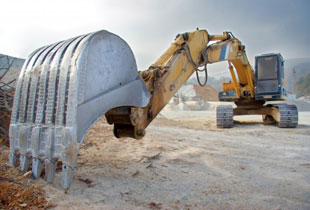 Uzbekistan is a land-locked country in Central Asia, and was once a member of the former Soviet Union. The country hosts impressive mineral reserves, including gold, copper, molybdenum, silver, zinc and uranium. The mineral sector has been the country’s main economic engine, its most significant resource being gold.
According to the USGS Minerals Review Yearbook, as of 2009, Uzbekistan was the world’s ninth-largest gold producer. The country hosts an estimated 5300 tonnes of gold, making it host to  the world’s fifth largest reserves. Most of the gold reserves are located in central Kyzylkum, which accounts for 3200 tonnes of reserves. In addition to the already delineated reserves, within the central KyzylKum desert there is believed to be an additional 3200 tonnes in untapped gold resources.
Uzbekistan is home to the world largest single open pit mine, the Muruntau which is a part of the Navoi Mining and Metallurgical Combine. Muruntau was discovered in 1958 and has produced over 50 million ounces (1,600 tonnes) of gold to date. The reserves at Muruntau are expected to last until approximately 2032. The second largest mining company is the Almalyk Mining and Metallurgical Plant, which primarily produces copper, but also mines the following by-products: gold, silver, lead, zinc. The Chadak gold mine in the Mangan region and the Marjanbulak gold mine in the Jizak region are controlled by the state-owned Uzalmazzoloto Company. The government is reportedly privatizing the company, offering a 51 percent share in Uzalmazzoloto. Both deposits have total reserves of nearly 30 tonnes of gold.
Mining laws
The State Committee for Geology and Mineral Resources (Goskomgeologia) oversees the mining industry in Uzbekistan. While the Uzbekistan government allows foreign investment in mineral reserves- historically, there has been a great deal of conflict between foreign minerals at the state committee. In 2006, Newmont Mining Corp. (NYSE:NEM) was ejected from the country. Newmont had been extracting gold through a 50-50 partnership with Uzbekistan’s government; however, the company was accused of non-payment of taxes. The Uzbekistan courts quickly sided with the tax authorities and within a month of their ruling, the Republic of Uzbekistan seized all gold, silver and unfinished products belonging to the Newmont venture, according to the company’s 2007 annual report to the US Securities & Exchange Commission. Following the ruling, Newmont filed a grievance against Uzbekistan with a World Bank arbitration panel, and reached an undisclosed settlement.
Amantaytau Goldfields (AGF) is a joint venture between Oxus Mining with 50 percent, the State Geology Committee with 40 percent, and Kyzylkumredmetzoloto with 10 percent, set up in 1993 to develop the AGF. Initial recoverable gold reserves at AGF were estimated at 3.2 Million oz and additional reserves at more than 3.0 Million oz AGF later doubled gold and silver reserves at the field through geological exploration from 3.44 Million oz to 6.4 Million oz gold equivalent.
However, a recent dispute between British-based Oxus Gold (LON:OXS) and the Uzbekistan government has halted the joint venture. Oxus Gold announced in March 2011 that is had called force majeure, and completely halted its operations in Uzbekistan. Oxus Gold, the only publicly listed gold mining company with primary operations inside the Republic of Uzbekistan is now preparing for a legal battle to challenge “that the commission appointed by the government to audit Oxus’s stake in AGF was not evaluating the assets of AGF in good faith- and appeared to be using the process to find reasons to justify putting AGF into liquidation,” according to the company’s statement. In addition, certain licenses and permits essential for AGF’s ongoing operations have not been renewed. The dispute could leave the Uzbekistan’s lucrative gold industry under near-total government control. The partnership between Oxus Gold and the government has been plagued with challenges since the get-go.
The recent accusations by Oxus Gold do not bode well for Uzbekistan’s mining industry. The country could use foreign capital to develop its mineral reserves; however, many foreign companies are abandoning their positions in the region. Other companies who investigated the Amantaytau gold deposits include Cameco (NYSE:CCJ) and Lonmin (LON:LMI). Both those companies pulled out during the project’s feasibility stages.
The future
Despite the events that have occurred to miners in Uzbekistan’s past- there is still a great deal of interest in the countries mineral deposits. Companies in both India and China are rumoured to be looking into the feasibility of working with Uzbekistan to further develop the country’s valuable mineral deposits.

2 responses to “Gold Mining in the Republic of Uzbekistan”