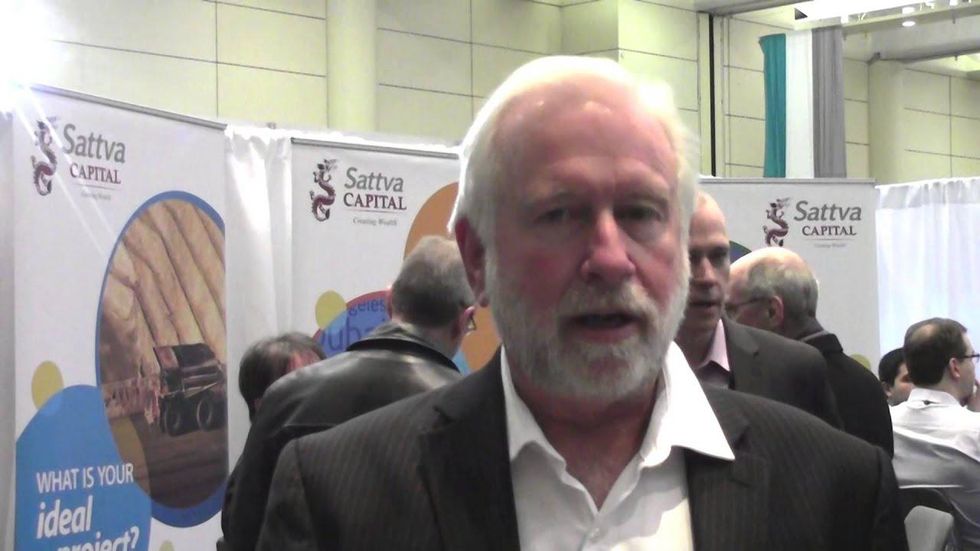 Cook suggested some investors rely on hope, or view the resource space as a “treasure hunt.”

Brent Cook of Exploration Insights was certainly in demand at this year’s PDAC conference in Toronto, but Resource Investing News was able to snag a few minutes with him to chat about his thoughts on the gold space and what to look for in a gold company.

When asked about the biggest mistake investors make when doing their due diligence on a company, Cook suggested that some rely on hope, or view the space too much as a “treasure hunt,” rather than objectively assessing a company’s performance. “There’s a lot of science behind it,” he said. “You’ve got to evaluate the results coming in against the thesis you had when you bought the stock.”

He also stated that the way a company presents itself — in terms of its website, press releases and the like — is very important. In that vein, he spoke about a drill hole interval calculation tool that he’s helped put together, and about why properly interpreting drill results is key for investors.

Finally, in terms of companies he’s keeping an eye on, Cook mentioned Mirasol Resources (TSXV:MRZ) and London-listed Mariana Resources (LSE:MARL) as two stocks that he owns and is watching right now.

Watch the video below to hear more of what Cook had to say.

RIN: I’m Teresa Matich with Resource Investing News. Here with me today at PDAC is Brent Cook of Exploration Insights. Thank you for joining me, Brent.

BC: Glad to be here.

RIN: So, we often talk about what makes a good gold company, but to take a different view, is there anything investors should be wary of when checking out a new possible investment?

BC: Yes, whether its gold or an exploration company, [investors should be looking at] everything, to be honest, everything. But I think that how a company presents itself, in terms of its website, the information provided, that sort of thing [is important]. When a company puts out a news release of drill holes or samples, rock samples or whatever, if there’s no math to accompany it, no cross-section showing how the drilling went, no detailed layout of what the assays were, that’s a big red flag. I mean, whether it’s a problem or not, it tells you the company is either hiding something, or they’re sloppy, lazy. So I think now that’s a real quick screen you can run on.

Then I always look at shares out, market cap, cash, programs, that sort of thing.

RIN: Okay. And on that note, you’ve helped put together the drill hole interval calculator with Corebox. How does that help investors interpret drill results and why is that so important?

BC: That’s a real fun one Jonathan and I put together. Basically, when a company puts out a news release of, call it of, let’s say they put out, 100 meters of 1 gram, and within that interval, they include, say, 1 meter grading 100 grams, you can throw those numbers into the drill calculator and figure out what that other 99 meters actually carries.

Because a lot of times, what happens all too often is that a drill company will intersect a narrow high-grade interval and spread that, call it 25 grams, over another 20 meters of barren rock to make it look like it’s a bigger interval. You need to break those out and get a much better understanding of where the gold really is in that section they’re announcing.

So I think, that’s a really useful tool, and we also include a link – once you do that, there’s a link so you can send that to anyone you want.

RIN: That’s great. So, what’s the most common mistake you see investors making when doing their due diligence on a company?

BC: I think too many people rely on … it’s a hope investment. They view this as a treasure hunt. It is to some degree, but there’s a lot of science behind it and you’ve got to really evaluate the results coming in against the thesis you had why you bought the stock.

For instance, I bought this stock because I think, there’s a chance here for a porphyry copper deposit. So, you know what are porphyry copper deposit’s got to look like. And the results come in and either they meet or don’t meet your thesis. If they don’t meet your thesis, you’ve got to reevaluate and get the hell out of the way if that’s what you’ve got to do.

RIN: Of course. And speaking of stocks, you’ve mentioned that True Gold Mining (OTCMKTS:RVREF) checks a number of boxes for you. Any concerns about their projects being located in Burkina Faso?

BC: Okay. We owned True Gold in my portfolio. My newsletter is about what I’m doing with my money in the sector. So I owned it for a while. We sold it probably six months ago now. I don’t need to go into details but [it] didn’t do what I wanted to do for the time frame, so, we sold a lot of it.

It’s a good project. Jurisdiction’s a bit rough there, and they’ve had some issues since then with the locals, and now, they’ve got to repair all that goodwill, I guess.

RIN: And what are some companies that you’re keeping an eye on in the gold space right now?

BC: I keep an eye on a lot! That’s what I do, that’s my job, right? Things I like right now – there’s no urgency on these – I think Mirasol Resources (TSXV:MRZ) is a good company. [They’ve got a] good exploration group, well-cashed up, smart. Most recently, I bought a company called Mariana Resources (LSE:MARL) listed in London. They’ve got what it looks like a major discovery in Turkey.

It’s not going to be drilled again for at least a month so there’s no urgency there again. And, it’s – there’s issues with that company, but I think the discovery might be real.

RIN: Okay. Thank you for joining me, Brent.

Brent Cook: Know the Difference Between a Legitimate Discovery and One That’s ‘Just Not Going to Work’