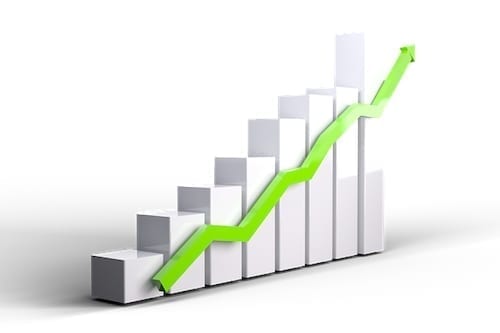 What are the uranium stocks to watch in 2019? Analysts at Raymond James recently listed three they have on their radar right now.

The global uranium sector has been in a state of purgatory for much of 2019, with market participants awaiting US President Donald Trump’s Section 232 decision.

The wait has weighed heavily on the U3O8 spot price, which hasn’t been able to break past its January high of US$28.90 per pound.

The president’s decision, or lack thereof, was handed down on July 12; however, it did little to motivate the price as proposed domestic production quotas were not implemented. Instead, the US leader has opted to set up a group tasked with further investigating the US nuclear sector.

As a result of the sustained uncertainty plaguing the uranium sector, Raymond James analysts have again reduced their uranium outlook for the year in a recent report.

“For uranium, we are reducing our price forecasts based on weaker-than-expected prices year to date but note that uranium prices could be influenced by the Section 232 decision,” reads the document.

This isn’t the first time this year the firm has corrected its view to be more measured. In April, it reduced its uranium forecast by 8 percent, citing stockpiles and longstanding fears over nuclear energy.

“We acknowledge that there is still a large inventory overhang built up after the Fukushima accident and sentiment remains negative in some countries given comments from a number of governments (e.g. Germany) about reducing their nuclear fleets and the growth of renewables and natural gas,” the April report from Raymond James reads.

Regardless, more of the world is looking to nuclear energy as a viable and clean alternative to coal and gas. The US, for example, uses nuclear energy to generate roughly 20 percent of all its electricity.

And despite releasing a more subdued forecast, Raymond James analysts still see long-term value in uranium companies, especially those with resources outside of the US.

Read on to learn which three uranium stocks the firm prefers for exposure to the sector.

Cameco is one of the top global uranium producers with output of 238 million pounds in 2017. The uranium major has the majority of its projects in Kazakhstan and Canada, the two countries with the highest output by volume.

Due to its proximity to the US and status in the sector, Cameco was patiently awaiting the president’s Section 232 action and responded favorably to the news, noting that the US is its largest consumer, accounting for roughly 25 percent of the company’s 2018 sales by volume.

“With operations on both sides of the border, Cameco also sees tremendous value in increasing cooperation between the United States and Canada to address critical mineral issues and strengthen security of supply on a North American, rather than strictly national, basis,” Tim Gitzel, Cameco CEO, said in an announcement after Trump responded.

He added, “The recent commitment by President Trump and Prime Minister Trudeau to develop a joint action plan on critical minerals collaboration is an excellent initiative, and we see uranium being a key component of that strategy.”

NexGen Energy is another Canadian uranium producer with the vast majority of its projects in the prolific Athabasca Basin. That area of Saskatchewan is one of the most abundant sources of high-grade uranium in the world. In fact, the Athabasca Basin, accounted for 23 percent of global supply in 2016.

In mid-July, the company released an update on Arrow, which is advancing according to schedule.

“The largest drill program currently in Canada and in the company’s history continues to rapidly advance Arrow through to feasibility study, detailed design and permitting. These results once again demonstrate the uniqueness of Arrow in terms of high grade and continuity,” CEO Leigh Curyer noted.

“With the uncertainty created by the Section 232 investigation now concluded and with President Trump determining to take no trade action to support US domestic supply, Canada as a whole, and NexGen specifically, is in the preferred position given that it will have the largest and lowest-cost operation in the world coming from just north of the border,” he said.

Uranium Participation is a fund that invests 85 percent of its proceeds in uranium equities. Instead of selling uranium, like Cameco and NexGen, the company lends uranium to third parties from its reserves.

Uranium funds can impact pricing. If they release or hold large quantities of their stockpiles, it can directly affect spot prices in the sector.

In its report, Raymond James notes that Uranium Participation is a low-risk investment because it doesn’t actually mine for uranium, but has high exposure to the space.

The firm states, “Given over 90 percent of UPC’s assets are invested into uranium, changes in the price of U3O8 and UF6 could have a material impact on the shares.”