A report from the Namibian High Commission in India indicates that Namibia and India have entered into a bilateral cooperation agreement, including collaboration in the uranium and diamond sectors, which will potentially result in increased trade and investment activities between the two countries. 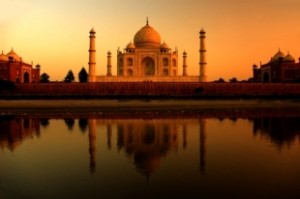 A report from the Namibian High Commission in India indicates that Namibia and India have entered into a bilateral cooperation agreement, including collaboration in the uranium and diamond sectors. This union will potentially result in increased trade and investment activities between the two countries.

Trade between Namibia and India has seen a modest, but steady, growth although trade volume is still in favour of India.  In the past, the main commodities from Namibia to India have been non-ferrous metals, metal scrap, transport equipment and metalifier ores and machinery, except electrical and electronic.

During a recent interview with Sophia Nangombe of the High Commission of the Republic of Namibia in India, she noted that Namibia has enjoyed great relations with India for many years. According to Ms. Nangombe, India has always been a friend to Africa but with regards to trade the Indians seem more interested in the finished products rather than exploring the raw materials that the country has to offer. Meanwhile, Acting Indian High Commissioner to Namibia, Rajiv Nagpal, maintained that bilateral relations between India and Namibia have been active and are marked by warmth and understanding.

Namibia has most recently focused investors’ interests with a uranium mine operated by London mining giant Rio Tinto (NYSE:RTP) left to consider what to do with a 15 percent stake held at the Rossing Uranium Mine by the Iranian government since 1975.  Earlier this year, the U.N. Security Council adopted a resolution which bans the sale of any stakes in uranium mines to Iran, as well as shares in any commercial operations linked to the production of nuclear materials or technology.

On November 1, Marenica Energy Limited (ASX:MEY), advised that it has secured $5 million of debt and equity funding through the support of China’s Hanlong Energy Limited to further develop its Marenica Uranium Project in Namibia. Preliminary results from a scoping study at the project were released in June identifying the opportunity to develop an economic large-scale, bulk-tonnage heap leach operation. The scoping study finds the Marenica project in Namibia could deliver 3.5 million pounds of uranium per year, at a relatively competitive operating cost of $38 per pound. The development provides for a heap leach operation that has an estimated capital cost of $260 million. The study further disclosed the Marenica Project could produce a total of 45 million pounds of uranium over a 13 year life based on the existing defined indicated and inferred mineral resource.

India’s challenge to secure energy sources has long been well documented, and although the country currently operates 19 reactors, it has demonstrated a strong political attraction to nuclear power.  With a growing population estimated at 1.2 billion, it hosts 1 less reactor than Canada.  The second most populated country in the world possesses  4 reactors currently in the construction stages and a total of 60 additional reactors proposed and planned; the inevitable demand will be significant in the future for uranium miners and investors.  An added complication is that Australia, host to the world’s largest uranium reserves will not presently permit the export of uranium to India.

The emergence of new buying interest provided upward momentum to the spot uranium price during October. Reflecting a price change which had already been accounted for last week by UxC trade consultants, TradeTech’s exchange value for October 31 rose by $5.25 to $52.00 per pound, for a considerable escalation of over 11 percent from the September 30 value. This is the largest increase in the exchange value since November 2008.

In order to further clean-up efforts at the Portsmouth, Ohio enrichment facility, USEC sold 640 thousand pounds of uranium earlier in October.  The transaction resulted in the entrance of significant utility demand across all sectors of the uranium market—spot, mid, and long term—offseting the potential impact from the sale of this material. This utility demand, coupled with producer and investor buying, had a strong inflationary impact on the price fluctuation. Sellers during October included traders, producers, and the U.S. government.