A report issued last week by Morgan Stanley forecast that uranium prices will average $52.25 a pound next year, an increase of 19 percent higher than this year. 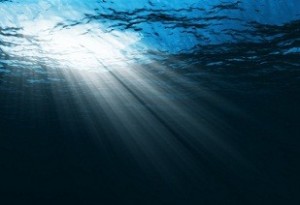 A report issued last week by Morgan Stanley forecasts that uranium prices will average $52.25 a pound next year, an increase of 19 percent higher than this year.  The expectation for analysts Peter Richardson and Joel Crane is that as new supply becomes available the demand for nuclear fuel will outpace production capacity.

Although it is certainly not the first forecast for strengthening uranium prices, the message may send prices higher if utilities act sooner to attempt to build inventories before the impending inflationary pressure mounts. A nearly balanced uranium market makes prices “vulnerable to supply shocks and/or new build announcements,” Richardson and Crane wrote.

The average spot price this year is 6 percent below the previous year and almost 30 percent lower than the average in 2008, according to the report. “The steady, two-year erosion in uranium prices has translated into difficult mining breakeven points, particularly for new uranium projects,” the analysts said.

As of October 1, the countries with the largest number of planned and proposed new nuclear reactors are: China 159; India 60; Russia 44; USA 31; Ukraine 22; and South Africa 15. The report cites that demand from developed economies is also set to rise on “concerns over carbon-emission costs and energy-supply security.”

The new plants will require 32,900 tonnes of nuclear fuel, almost half of the demand from this year’s 443 commercial reactors. Most of the demand growth will have to be met by mines as secondary supplies from recycled Russian warheads may cease with the end of an international agreement in 2013.

The spot price of uranium jumped 5.6 percent this week, increasing $2.75 to $52.00 per pound as reported on Monday by UxC trade consultants.

It has been a very busy month for Australian uranium mining interests in Africa, with Paladin Energy (TSX:PDN) taking a holding interest in NGM Resources (ASX:NGM).  The market has reacted positively the news sending the share prices for Paladin 20 percent higher for the month of October to the current range of $4.39.

Paladin Energy operates the Langer Heinrich Mine, located in the Namib Desert, approximately 80 km east of the major seaport of Walvis Bay and about 40 km south-east of the large-scale, hard-rock Rössing uranium mine operated by the Rio Tinto (NYSE:RTP).

Last week, Rossing Uranium Limited found news headlines as the Rio subsidiary is currently in consultation with the Government of Namibia to find a solution to deal with U.N. Resolution requirements announced in June.  A question remains for one of the world’s largest open-pit uranium mines on whether previously held Iranian stakes in uranium mines or other nuclear-related operations should be divested.

On Tuesday, Iran warned European countries that the country might retaliate in kind for their denial of fuel to Iranian aircraft because of U.S. sanctions.  Iran has been hit by a new wave of international sanctions over its uranium enrichment activities.  “We have given the necessary warnings and if the current situation is not corrected in some European capitals, they will be faced by a reciprocal action from Iran,” Iranian Foreign Minister Manouchehr Mottaki said. The U.S. legislation would punish any company worldwide that exports gasoline or other refined petroleum products to Iran.  Iran has meanwhile started to fully load fuel into its only nuclear reactor, after a leak in the Russian-built reactor’s basin delayed the process for months.

The Atomic Energy Organization of Iran (AEOI) said that tests had been run and that it has started to load 163 fuel rods into the reactor’s core, bringing the country closer to its goal of becoming a user of nuclear energy. Iranian officials held a ceremony for fuel loading in August, but the process was repeated this week.

Russia is supplying the uranium fuel for the plant for 10 years, at an enrichment level well below what is needed for a nuclear weapon. The 1,000-megawatt nuclear power plant is expected to start generating electricity in about three months, more than 35 years after the start of construction.  The loading of fuel at the Bushehr reactor is overseen by the International Atomic Energy Agency (IEA).