The spot market price of uranium jumped 5.5 percent over the past week to about $48 per pound, an increase of approximately $2.50 since the end of August. Several analysts suggest the upward pressure on the price is the result of a combination of increased demand by non-end-users and relatively few current sellers. 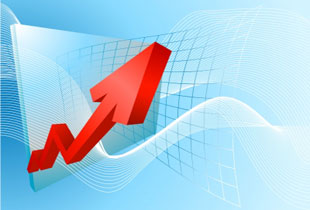 The spot market price of uranium jumped 5.5 percent over the past week to about $48 per pound, an increase of approximately $2.50 since the end of August.  The rapid spot price rise appreciation was reflected in the price differential of TradeTech and Ux Consulting with a two business day publishing lag. TradeTech raised its spot price Friday to $46.75 per pound up $1.25 from August 31, while Ux raised its price Tuesday to $48 per pound, reflecting a $3.00 increase from August 30.

Several analysts suggest the upward pressure on the price is the result of a combination of increased demand by non-end-users and relatively few current sellers.  As a result, the spread between willing buyers and willing sellers widened this week, and several buyers extended their time horizon for delivery into the first quarter of 2011. According to several sources, Argentina’s Combustibles Nucleares Argentinos S.A. (CONUAR) is said to be looking to buy about 520,000 pounds of uranium for delivery next year.

Fourth quarter spot price forecasts of $50 per pound may be realized sooner than anticipated as end-user demand could remain strong with utilities filling any remaining uranium requirements they may have in 2011. Over 30 million pounds of uranium has sold in the spot market this year, and sales targets for 2010 may have already been met.

Concern over the uncertainty of Australia’s controversial mining tax is likely to last well into 2011 after the national election, which has resulted in the country’s first minority government since World War Two.

The 30 percent tax on big iron ore and coal mines is a primary focus of Prime Minister Julia Gillard’s second-term agenda and follows closely on the heels of a previous tax proposal (RSPT) on mining companies from the former administration.

Australia’s Uranium Association, which represents producers such as Energy Resources of Australia Limited (ASX:ERA), Rio Tinto (NYSE:RTP) and BHP Billiton (NYSE:BHP), said it was concerned the new government and the Greens might look to widen the mining tax to uranium projects.

Exports from Australia, the world’s third-largest uranium producer behind Kazakhstan and Canada,  are forecast to grow to along with rising international demand for nuclear power as nations seek to cut carbon emissions.  The country is also host to the world’s largest uranium reserves, and investors and mining interests could benefit significantly from policy changes to enable export to India.

The Greens have long opposed uranium mining, nuclear power, and nuclear weapons. The ruling Labor Party in 2007 abolished its traditional opposition to new uranium mines, although approval for new projects rests at the state level of government.

Laws for the new tax are unlikely to be ready before February 2011, and only after a committee headed by former BHP Billiton chairman Don Argus consults mining companies on details of how the tax will work.  This committee was due to report by the end of the year, but its work was interrupted by the elections. Treasurer Wayne Swan said on Wednesday he expected the detailed legislation would be six months away.  Points of reference include negotiations on the taxing point and valuation of the commodity, and definitions about projects and eligible expenditure. The committee will also endeavor to establish a method of determining which projects are exempt from the tax due to profits of less than $46 million and how the new tax will work to credit payments of state-based mining royalties.