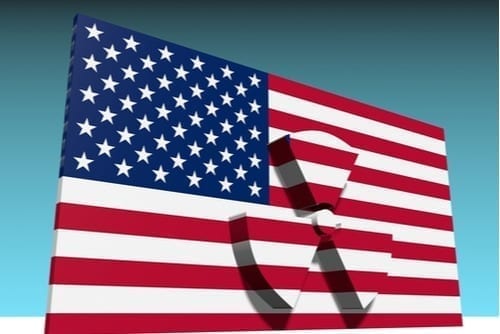 The US dominated uranium until the 1980s, when its output began to fall dramatically. Now uranium mining in the US is looking for a comeback.

Uranium mining in the US peaked in 1980, when annual production topped 19,958 tonnes. But in the decades since then, domestic output has steadily trended lower due in part to several uranium-mining bans and moratoriums.

As yearly uranium production fell lower, American demand steadily grew, and in 2018, US$2.1 billion was spent to import the nuclear fuel, which is used in electricity generation.

By 2018, annual US production had slipped below 564 tonnes; even so, the country is still home to a number of explorers, developers and producers with projects in various stages of readiness. Read to learn more about uranium mining in the US and which companies are leaders in the country today.

Uranium mining in the US: Past, present and future

Uranium mining in the US was a bustling and lucrative industry during the 1950s thanks to federal subsidies and rising global demand, driven by nuclear weapons procurement programs.

Domestic uranium mining reached its pinnacle in the 1980s, with over 250 operating mines producing roughly 20,000 tonnes of uranium destined for the country’s growing nuclear energy sector.

At the time, the US was the world’s largest producer of the energy fuel.

However, in less than five years, output declined significantly, with only 50 mines in operation producing just 4,989 tonnes. Changing geopolitical circumstances, along with concerns around uranium extraction and worries over nuclear power plants, had drastically reduced demand.

Today, nuclear energy is considered an important element in the green energy narrative, with more than 440 power reactors supplying 10 percent of the world’s electricity.

Unfortunately, as attitudes changed towards the nuclear fuel and US consumption soared, the country was unable to ramp up production to feed its growing needs.

The US now ranks 15th in the world for known uranium resources, with 47,200 tonnes of known resources — that’s less than 1 percent of the world total. It was the 10th largest miner of uranium in 2018, putting out 582 tonnes, which is just half its 2016 output.

The US is also the world’s largest generator and consumer of nuclear energy — nuclear power provides 20 percent of the country’s electricity, creating approximately 1,888 kilowatt hours of electricity through 96 commercial reactors annually.

In 2018, domestic uranium mines in the US produced roughly 1 percent of energy fuel needed to keep the lights on in so many American homes.

With so little production happening on US soil, the country is dependent on foreign imports to fuel its energy grid. This issue was front and center in mid-2018, when two US-focused companies petitioned the federal government to launch a Section 232 investigation into the national security of imported uranium.

In April 2020, the NFWG released a report supporting a budget proposal from US President Donald Trump to earmark US$150 million annually for 10 years to build a strategic uranium reserve.

The move, paired with the rising demand from the country’s nuclear power sector, has bolstered the need for increased domestic uranium production.

While the sector pushes ahead in much of the US, there are still several mining moratoriums in place regarding uranium mining on public land near the Grand Canyon and Colorado Plateau, as well as a longstanding legal dispute between a miner and the State of Virginia to mine on private land.

There are currently operating mines in six US states. Wyoming, New Mexico and Utah make up the bulk of the uranium mining sector, while Arizona, Nebraska and Texas also contribute to annual production.

A persistently low uranium price from 2011 to early 2020 made incentivizing production ramp ups and new mines challenging, which has further exacerbated the US’ low output numbers.

In mid-2020, several uranium operations were curtailed in response to the COVID-19 pandemic. Supply chain bottlenecks and transportation issues created mounting concern that a shortage may materialize, and the uranium price which had been flat below US$30 a pound, began to quickly trend higher.

Uranium mining in the US: Uranium producers

As mentioned, uranium mining in the US is currently happening in a handful of regions by a small group of miners. Here’s a brief look at the major publicly traded producers in the country; companies are listed by market cap in descending order, and all information was current as of May 21, 2020.

Cameco is the largest publicly traded uranium producer in the world, delivering a vast majority of the nuclear fuel used by power plants. With several projects and mines across the globe, Cameco owns two in-situ recovery (ISR) uranium mines in the US: the Smith Ranch-Highland mine in Wyoming’s Powder River Basin and the Crow Butte mine in Nebraska.

In late 2016, the uranium major decided to curtail production at both sites due to prolonged weak uranium price activity.

The miner’s portfolio also includes several projects, such as the Whirlwind project on the border of Colorado and Utah, set within the dense uranium reserves of the Colorado Plateau.

The company’s Hank and Jane Dough projects could be future ISR production sites. In addition to uranium mining, Energy Fuels also produces vanadium, a metal staking its claim in the battery metals and energy storage sectors.

Uranium Energy is focused on Texas, and its Palangana in-situ recovery mine has been operating in the state since 2010. The company also holds the Burke Hollow ISR project, as well as the fully operational Hobson ISR plant. In May 2017, Uranium Energy acquired Pacific Road Resources’ Reno Creek project in Wyoming to bolster ISR projects in the area.

The company also owns quite a few other operations in Texas that are currently in the development and exploration phases, including the Goliad ISR project, the Salvo project and the Longhorn project.

The uranium miner also controls a pipeline of projects in Arizona, New Mexico and Paraguay, as well as a uranium and vanadium project in Colorado.

Focused on Wyoming, Ur-Energy controls the Lost Creek ISR plant and the Shirley Basin project, which it acquired in 2013. Lost Creek has a design capacity of 2 million pounds per year.

Before being acquired by Ur-Energy, Shirley Basin was functional in the 1960s and was in fact the first uranium in-situ leaching (ISL) asset in the US.

ISL operations and ISR are the same process and involve leaving the uranium ore in the ground and using solutions to dissolve the desired minerals; they are then pumped to the surface for recovery.

Traditional open-pit mining involves extracting ore from the ground and then processing it in a mill.

Entering operation in 2015, Peninsula Energy is an Australia-based company that owns the Lance ISR projects in Wyoming. Peninsula is currently in the process of transitioning Lance from an alkaline ISR mine to a low-pH ISL operation.

The company has contracts to sell 7.7 million pounds of uranium at US$54 per pound through 2030. The long-term deals allow Peninsula to partially insulate itself from periods of low prices in the market.

Uranium mining in the US: Abandoned mines

According to the US Environmental Protection Agency (EPA) there are more than 500 abandoned uranium mines on Navajo lands.

The EPA has worked to enforce clean up agreements and settlements in order to remediate the mines. Currently there is US$1.7 billion in funding allocated for the clean up of 219 of the 523 abandoned mines.

12 responses to “Uranium Mining in the US”