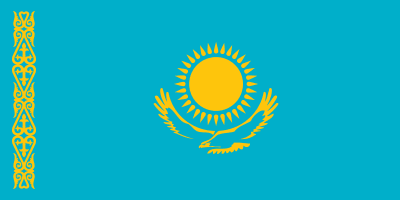 As the global leader in uranium production, Kazakhstan is actually expecting to reduce its productive capacity next year in order to stabilize uranium spot market prices.

Uranium mining in Kazakhstan  has grown significantly over the past two decades, which has made the central Asian nation number one on the world’s largest uranium mining countries.

Kazatomprom operates 17 uranium mines including existing partnerships with uranium miners such as Cameco (TSX:CCO,NYSE:CCJ), Orano Mining, Rosatom among others. The company has actively engaged a strategy of obtaining downstream interests in order to generate earnings from processing operations, in addition to its uranium mining and nuclear fuel distribution activities.

Kazakhstan’ strategic location between China and Europe and the ability to quickly transport goods from one region to another gives the country direct access to a market of nearly 500 million people. “Strategically, it links the fast-growing markets of China and South-East Asia to the Middle East and Western Europe, about 65 percent of the world’s gross domestic product, with roads and railroads as well as with the ports of the Caspian Sea,” according to Jandos Temirgali, Strategic Projects Advisor to the Chairman of Kazakh Invest.

Kazakhstan has no national electricity grid; however, a northern grid connects Russia and additional links to the south adjoin Kyrgyzstan and Uzbekistan. In 2017, 69 percent of the country’s electricity production originated from coal, 19 percent from natural gas, 11 percent from hydro and a very minuscule amount from wind. The Kazakhstan government’s energy system development plan outlined in 2012 calls for changes to the energy mix that would include 4.5 percent of electricity generation coming from nuclear power and 10 percent from renewable energy by 2030.

2 responses to “Uranium Mining in Kazakhstan”