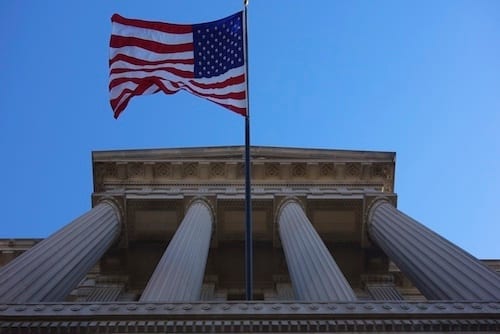 While the findings of the report have not been made public, there has been talk about implementing a 25 percent domestic quota.

The US Department of Commerce has submitted its report and recommendations to US President Donald Trump’s office following its Section 232 investigation into foreign uranium.

The probe into U3O8 imports was launched last summer after American uranium miners Ur-Energy (TSX:URE,NYSEAMERICAN:URG) and Energy Fuels (TSX:EFR,NYSEAMERICAN:UUUU) voiced concerns over the quality of uranium being brought in from around the world.

While the findings of the department’s report have not been made public, there has been talk of the implementation of a 25 percent domestic quota.

In addition to the 25 percent quota, a proposal put forward by the US uranium producers asked that a “buy American” policy be put in place for all government entities that use uranium, including the department of energy and the US Navy.

As the world’s largest consumer of U3O8, America spends roughly US$2 billion annually on importing the energy fuel from around the globe. Despite a majority of imports coming from Canada and Australia, the quota target is aimed at directly curbing imports from non-hospitable regions and nations.

A low uranium spot price has also affected the sector, keeping new exploration muted and forcing some producers to halt production and purchase off of the spot market.

Energy Fuels addressed this in part, stating, “While uranium imports from our adversaries increase, production from our allies is plummeting. Uranium mining companies in other free market countries like Canada and Australia are also suffering because of state-subsidized production. Only one mine still operates today in Canada and production in Australia is declining.”

“We must not allow the US to be a target for Russia’s geopolitical warfare by placing 20 percent of our electricity in the hands of oligarchs and state officials who wish to diminish American influence and power,” the company’s statement continues.

While US-based producers are in favor of more robust uranium mining activities, the Grand Canyon Trust, an environmental watchdog, is against the domestic quota being implemented.

“If the trade protections requested by these uranium companies are carried forward, US uranium prices will climb and US uranium miners will be given a bypass around the presently saturated global market,” Amber Reimondo, energy program director for the Grand Canyon Trust, said in a press release.

The US was once one of the largest producers of uranium with a vast majority being mined from the Colorado Plateau, near the Grand Canyon. However, a 2012 decision by former President Barack Obama put a moratorium on new uranium mining claims in and around the Grand Canyon.

“The brimming global supply of uranium has kept prices low for years, restraining the kind of rampant plundering of public and tribal lands that this country experienced decades ago,” Reimondo added. “The public is still grappling with the consequences and paying the price of the last uranium boom.”

Trump will now have 90 days to review the report and hand down a decision.

To find out more about the investigation and its implications for the sector, watch the video below:

Editorial Disclosure: Energy Fuels and IsoEnergy are clients of the Investing News Network. This article is not paid-for content.

4 responses to “Section 232 Uranium Report Turned Over to President”