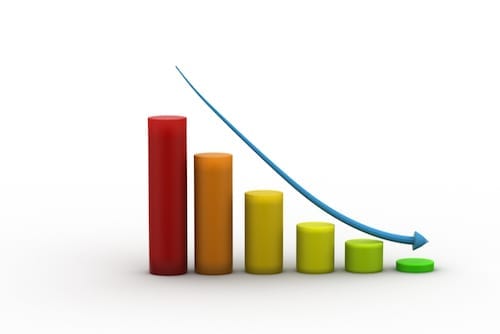 The uranium producer cited normal quarterly variations paired with a weak spot price due to a glut in global reserves as factors in the revenue decline.

Following a challenging start to the year for the uranium market, sector major Cameco (TSX:CCO,NYSE:CCJ) has reported a Q2 net loss of C$23 million.

The uranium producer cited normal quarterly variations paired with a weak spot price brought on by a glut in global reserves as contributing factors in the revenue decline.

While the multimillion dollar loss may not be music to the ears of investors, the company did note several positives for the sector, including US President Donald Trump’s recent decision to not limit foreign uranium imports.

As one of the largest uranium miners, continued entrance into the US market is imperative for Cameco as the country is the largest consumer of U3O8 in the world, spending US$2.1 billion annually on imports of the fuel, which is used in electricity generation.

“In addition, (Trump) announced the establishment of a United States Nuclear Fuel Working Group to further analyze the state of US nuclear fuel production and report back within 90 days,” Tim Gitzel, president and CEO, wrote on Thursday (July 25).

“As a commercial supplier of uranium for zero-carbon energy generation, with idle production capacity in the US, we want to see this industry succeed.”

There was also some encouraging news to recount during the quarter for the Canadian company, including a favorable ruling from an international arbitration tribunal regarding a contractual dispute with a Tokyo-based power company.

Cameco filed the claim for US$700 million after Tokyo Electric Power Company Holdings canceled a supply contract. The ruling in favor of Cameco found the power supplier had no grounds to terminate the contract and awarded Cameco US$40.3 million in damages.

Despite being a far cry from the US$700 million it was seeking, the company noted, “While we are disappointed with the damages of US$40.3 million awarded, remember, we had removed this contract from our financial outlook. So overall the outcome is positive.”

While the company remains optimistic, it also continues to be realistic in its plans to restart its key McArthur River and Key Lake operations.

“So there is some progress being made on the issues creating uncertainty for market participants,” commented Gitzel.

“However, make no mistake, there is still a long way to go before we decide to restart McArthur River/Key Lake. We can’t lose sight of the fact that while we have a true value strategy, there are still others in our industry who lack conviction, experience, or are still over-producing their committed sales volumes and using the spot market for surplus disposal.”

Uranium Price Steadies as Sector Awaits Mine Restarts
CanAlaska Uranium: Developing an Exploration Package in the Athabasca Basin
Uranium Mining in the US
Top Uranium Mines around the World