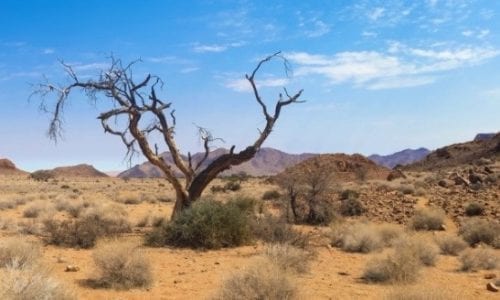 Vedanta is feathering its nest in South Africa, announcing a feasibility study into a zinc-smelting refinery at its flagship Gamsberg zinc-ore complex in Northern Cape Province.

Diversified miner Vedanta Resources (LSE:VED) is feathering its nest in South Africa, announcing a feasibility study into a zinc-smelting refinery at its flagship Gamsberg zinc-ore complex in Northern Cape province.

The company said in a press release on Wednesday (May 2) that building a refinery would make Gamsberg a “fully integrated zinc production site, with the mine, concentrator and smelter-refinery complex at single location, making it the first integrated zinc manufacturing facility in South Africa.”

Zinc has been on the rise since the end of 2015, boosting profits for Vedanta and incentivising it to invest more in its zinc projects in South Africa and Namibia.

The company said that it plans for the first phase of the smelter-refinery complex to have a capacity of 250,000 tonnes per year of finished zinc metal, and as the Gamsberg mine ramps up operations the smelter will be expanded at the same time to meet demand.

“The feasibility study will evaluate the infrastructural requirements of the complex – the beneficiation facility will require around 200MW of additional power, and additional water supply. Both of these would mean significant large-scale investment,” it said in the announcement.

The refinery would require additional investment in Gamsberg of between US$700 million to US$800 million.

To begin with, Gamsberg is expected to produce 4 million metrics tonnes of ore per year, with first production expected in mid-2018.

2,700 workers are currently employed at the site with 700 workers needed for operations of the site once construction is completed. According to the company, the site has the potential to “trigger a new wave of industrialisation and economic development” in what has traditionally been an underdeveloped part of South Africa.

Gamsberg is being developed by Black Mountain Mining (BMM), a Vedanta Zinc International owned company with copper, lead and zinc mines operational nearby.

One of BMM’s other mines, the Deeps Shaft at Aggeneys currently produces 102,000 tonnes of zinc per year, but it’s expected to cease operations in 2020.

The feasibility study would also take into consideration previous studies by Vedanta looking into developing a ‘zinc cluster’ of Vedanta-controlled zinc operations in the region.

Another Vedanta asset – the Skorpion Zinc mine in southern Namibia is already host to an integrated zinc refinery. However, the mine is due to cease operations in 2020.

“The potential exists for the conversion of this 150,000 tpa refinery to co-treat sulphide and oxide concentrates from Gamsberg and other sulphide concentrate raw materials from nearby,” said the company.

“Should these projects proceed, this Southern African zinc cluster has the potential to be one of the world’s largest zinc supply regions.”

On Wednesday, Vedanta’s shares on the London Stock Exchange closed up 3.04 percent at GBX 746.20.