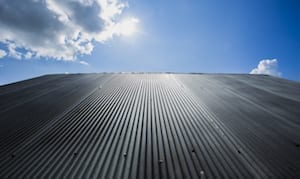 Zinc is used in automobiles and electronics, with with depleted inventory and soaring prices makes for a good investment opportunity.

Supply and demand. It’s a relationship that’s piqued the interest of investors for thousands of years.
So, it should come as no surprise that the current state of the zinc market — with depleted inventory and soaring prices — is one of the hottest topics of conversation among commodities investors today.
Zinc is used for a multitude of modern life’s necessities, like infrastructure, automobiles and electronics. The fourth-most-consumed metal after iron, aluminum and copper, zinc’s anti-corrosive properties bond with popular metals like steel and iron to create a rust-proof coating. Zinc is also a key ingredient in the creation of brass, which makes up many household items, fixtures, electronic components and automobiles.

The zinc supply imbalance is forecast to continue longer term, with key mines closing down in China, Australia and Ireland, and with many of the world’s leading nations including the development of infrastructure as part of their ongoing plans.

Demand for zinc driven by demand for infrastructure

As city populations continue to grow, many necessities like infrastructure, consumer goods, electronics, automobiles and raw materials are needed. The common metal that runs through them all? Zinc.
“The most important application for zinc is in galvanizing steel. The emerging markets will need to invest in infrastructure as they grow their economies. They will need zinc for that, but will have to compete with the new infrastructure needs of China, the US and India — who all have major infrastructure plans underway,” said Bill Williams, chief operating officer of Canada-based Zinc One Resources (TSXV:Z,FWB:RH33,OTCMKTS:ZZOF).

China is the world’s top producer of zinc at more than 4 million tonnes each year ― triple the amount of the second-largest producer, Peru. The second-largest economy in the world is also the global leader in infrastructure, spending more money than the US and Europe combined. In 2016, China spent US$2 trillion on infrastructure, and that number grows by US$300 billion each year.
China’s urbanization is the primary driver of its economic growth. Between 1990 and 2016, the proportion of China’s population living in urban areas jumped from 26 percent to 56 percent, and there are currently estimated to be more than 200 million rural migrants working in China’s biggest cities.

A similar pattern is taking place in India. The country took one of the biggest leaps in global infrastructure investment in 2016, moving 19 spots in the World Bank’s Logistics Performance Index (LPI) to rank 35th among 160 countries. The LPI uses qualitative and quantitative measures to evaluate a country’s domestic and foreign investment in infrastructure.

Since 2000, India has received US$24.3 billion in foreign investment for its construction sector, with the development of India’s northeastern regions bordering China, Bhutan, Bangladesh and Myanmar a key project worth an investment of US$7.07 billion.

Last year, India’s economy grew 6.6 percent, according to the International Monetary Fund, and economic growth is expected to have accelerated to 7.2 percent as of the end of 2017. As India and China power ahead with infrastructure development, zinc is needed, which could lead to a bidding war between two countries that house more than a quarter of the global population.

“Combine this demand with the closure of 26 mines in China due to environmental concerns, and also the closure of three large mines in Canada, Ireland and Australia due to ore depletion, and the supply issue is even more exacerbated. Just look on the LME website to see how their zinc stockpile is getting down to historical lows,” said Williams, who has a company mandate to acquire, explore and develop zinc projects in strong mining jurisdictions, like Peru, the second leading producer of zinc in the world.

Zinc One is focused on achieving near-term cash flow from the past-producing Bongará mine in Peru, as well as advancing the nearby Charlotte Bongará zinc oxide project while acquiring other advanced zinc assets.

Depleted zinc supply caused by shut down of key mines

A 2016 crackdown on Chinese mining practices relating to the country’s smog problem resulted in the shutdown of 26 zinc mines. In August of last year, inspectors shut down or suspended mines in eight Chinese provinces, accounting for more than 11 percent of China’s mined zinc output, or 4.63 million MT, produced last year.

Zinc output darkened considerably after the shutdown of two other major mines, MMG’s (HKEX:1208) Century mine in Australia and Vedanta Resources’ (LSE:VED) Lisheen mine in Ireland. The two mines had a combined output of more than 630,000 MT per year. In Canada, the shutdown of the Brunswick and Perseverance mines held by Glencore (LSE:GLEN), a top zinc-producing company, brings total tonnes going offline to more than 1 million since 2013.

The closures caused zinc prices to gain more than 4 percent in the first three months of 2017 alone, as a shortfall appeared to emerge in the refined zinc market. The lower zinc mine supply meant smelters had to decrease treatment charges to historic lows, resulting in the need of some smelters to scale back refined zinc production.

“Everyone is scratching around for mine supply. The winners are the guys who mine the stuff, the big diversifiers. The losers are the zinc smelters who are fighting for concentrates,” noted analyst Daniel Morgan of UBS (NYSE:UBS).

Why invest in zinc now?

Demand for zinc has never been as strong as it is today. But it won’t be long until new mines pass the new environmental regulations and begin to open. Investing in zinc before regular production starts back up is integral to capitalizing on rising prices. The old adage of “get in early” certainly applies.