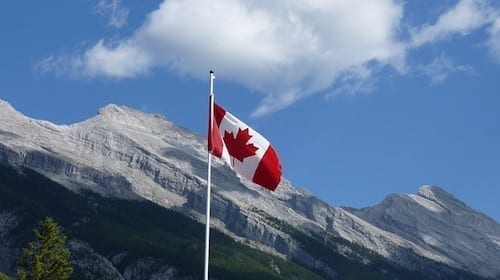 Where are all the nickel mines in Canada? As a major producer of the base metal the country is home to many operations focused on nickel.

Nickel was first discovered in Canada in 1883, and began being mined in the 1890s. So, it’s of little surprise that today the nation is one of the world’s five top nickel-producing countries.

But where are the nickel mines in Canada? Companies are exploring for the metal in most of the nation’s provinces, but the largest nickel deposits are found in the Thompson Nickel Belt in Manitoba, Ontario’s Sudbury Basin and the Ungava Peninsula in Quebec.

Of those three locations, currently the majority of Canada’s nickel supply comes from the Sudbury Basin. Sudbury became the nickel capital of the world after the establishment of businesses like International Nickel in 1902 and Falconbridge in 1928.

Where are the nickel mines in Canada?

One of Canada’s major nickel producers is Vale Canada, the Canadian division of Brazil-based miner Vale (NYSE:VALE). Vale is the world’s largest nickel producer and has seven nickel-focused sites in Canada. The company produces approximately 65,000 MT of nickel annually at its operations in Canada.

Glencore (LSE:GLEN) is another big nickel producer in the country. The company owns the Raglan mine in Northern Quebec, which spans an area of nearly 70 kilometers and consists of a series of high-grade ore deposits composed mostly of nickel and copper. Along with Raglan, Glencore has the Sudbury Integrated Nickel Operations, which consist of two underground mines (Nickel Rim South and Fraser), the Strathcona mill and the Sudbury smelter. The facilities are spread throughout the geological formation known as the Sudbury Basin. In 2017, Glencore produced 109,100 tonnes of nickel in total from all of its operations. As of its H1 2018 report, Glencore has claimed 62,200 in total nickel production.

Finally, Sherritt International (TSX:S) operates the Moa joint venture, which is focused on Moa, Cuba and Fort Saskatchewan, Canada. In 2017, Sherritt reported production of 15,762 tonnes of nickel at Moa, down slightly from 16,464 tonnes the year prior.

Major miners are a big part of the nickel landscape in Canada, but investors may also want to keep an eye on nickel exploration and development companies in the country.

Here’s an overview of three companies actively exploring and developing nickel assets in Canada. Companies listed had market caps of over $5 million at the time of publication.

After a change in management and focus from 2016 to 2017, Nickel Creek Platinum is evaluating its Nickel Shaw property with new eyes — it is is looking at Nickel Shaw as primarily a nickel asset, not a platinum-group metals (PGMs) project, and is shifting its focus from exploration to bringing the property into the development phase.

The project holds over 2 billion pounds of nickel, 1 billion pounds of copper, 6 million ounces of PGMs and 120 million pounds of cobalt in the measured and indicated categories. Nickel Creek was working towards a preliminary economic assessment (PEA) on its Nickel Shaw project earlier this year however, the company announced that after scientific study on the land and taking current market conditions, that the project is not currently viable. Therefore, the PEA will not be completed “until the emergence of improved financial market conditions and a stronger commodity price environment.”

RNC Minerals’ main assets are the Beta Hunt gold-nickel mine in Western Australia, a 28-percent stake in the joint venture that holds the Quebec-based Dumont nickel project and a 27-percent interest in the Manitoba-based Reed copper-gold mine.

The company made headlines early in 2018 when it announced plans to raise $1 billion for the construction of Dumont, which will produce cobalt as well as nickel. “The Dumont nickel-cobalt Project contains the world’s largest undeveloped reserves of both cobalt and nickel,” said President and CEO Mark Selby at the time. RNC continues to move forward at the asset, and signed a royalty deal on all future nickel and cobalt production with Cobalt 27 Capital (TSXV:KBLT) in February. Since then it announced that it awarded the feasibility contract to Ausenco Engineering Canada, and would be expecting the feasibility study to be completed in H1 of 2019.

Among other assets, exploration and development company Tartisan Nickel holds the Kenbridge nickel-copper-cobalt deposit outside of Kenora, Ontario. It has a contained nickel resource of 97.8 million pounds and 47 million pounds of copper, and the company has focused primarily on this project in 2018.

Other nickel companies to watch

While few companies are focused entirely on nickel mines in Canada, many active companies hold Canadian nickel assets in addition to their other main projects. We have listed some of these companies below; firms included had market caps of over $5 million at the time of publication.

Some companies have been less active recently but still hold nickel projects in Canada. A few are listed below; again, companies listed had market caps of over $5 million at the time of publication.

Are you interested in nickel mines in Canada? Tell us in the comments.

If you think we missed a Canada-focused nickel company that should be included in this article, please let us know.

This is an updated version of an article originally published by the Investing News Network in 2012.

Editorial Disclosure: Metallis Resources and Tartisan Nickel are clients of the Investing News Network. This article is not paid-for content.

4 responses to “Nickel Mines in Canada”