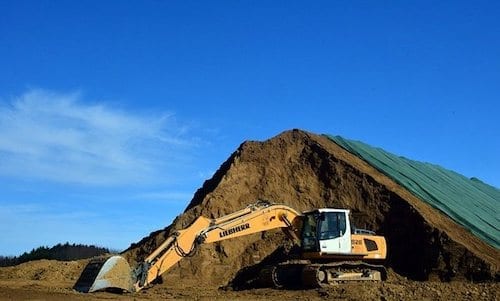 Different types of copper deposits can be found around the world, and being aware of their characteristics can be beneficial for investors.

Copper mineralization occurs in many forms and in a variety of geological settings. As such, there are various factors to consider when determining the value of different types of copper deposits.

Historically, the world’s most profitable copper mines have been large-scale porphyry deposits with chalcopyrite mineralization extracted via open-pit mining. While they do not have the highest grades of ore and generally have more expensive refining costs, they tend to have large mineral resources.

The biggest copper-producing mine in the world is currently the Escondida mine in Chile, which is jointly owned by BHP (NYSE:BHP,ASX:BHP,LSE:BHP) and Rio Tinto (NYSE:RIO,ASX:RIO,LSE:RIO). Escondida means “hidden” in Spanish, and the deposit was given the name because it has no outcrops; the main orebody is hidden below hundreds of meters of overburden.

Copper production figures can change rapidly, but in the 2018 financial year, Escondida’s total production reached 1,213 kilotonnes. The mine has processed more than 2 billion tonnes of ore through leaching and flotation since opening more than 25 years ago. Today it accounts for almost 5 percent of worldwide copper output.

As mentioned, there are many factors to look at when determining the value of a copper deposit. Among other things, companies must consider grade, refining costs, the estimated copper resource and the ease at which the copper can be mined. Here’s a brief overview of five things that are important to think about when finding the value of a copper deposit.

Porphyry copper deposits are low grade, but are important sources of copper because they can be worked at a large scale for low costs. They typically contain between 0.4 and 1 percent copper in concert with smaller amounts of other metals, such as molybdenum, silver and gold. Porphyry copper mineral deposits are usually massive, with extraction taking place by open-pit mining.

Grade is a significant factor in how much a deposit is worth. Most copper ores contain only a small percentage of copper metal bound up within valuable ore minerals. The remainder of the ore is simply unwanted rock. Exploration companies conduct drill programs to extract samples of rock called cores. The cores are then subjected to chemical assays to determine the “grade” of a deposit. Grade effectively is a measure of the concentration of metal.

Copper deposit grades are usually expressed as a weight percentage of the total rock. For example, 1,000 kilograms of copper ore containing 300 kilograms of copper metal has a grade of 30 percent. When metal is at a much lower concentration, it may be described in terms of parts per million. However, with copper, grade is the common convention.

Exploration companies estimate grade through drilling and assaying. The average grade of copper ores in the 21st century is below 0.6 percent copper, with the proportion of ore minerals being less than 2 percent of the total volume of the ore rock.

Investors should approach grade estimates with a critical eye. When an exploration company issues grade statements, investors should be sure to compare them to the total depth of the drill core used to determine the grade. A high grade at a low depth can have far less value than a mediocre grade consistent through a deep core. Corebox is a great tool for keeping informed.

The largest, most profitable copper mines have been open-pit mines, although underground copper mines are not uncommon. Of particular importance in an open-pit mine is a resource that is relatively close to the surface. Mining companies are particularly interested in the amount of overburden, which is the amount of worthless rock and soil on top of the copper resource. This material must be removed to access the resource. Escondida, mentioned above, has a resource that is covered by a large amount of overburden, but the deposit is still economic due to the large size of the resource beneath.

There are two distinct types of copper deposits: sulfide ore and oxide ore. Currently, the most common source of copper ore is the sulfide ore mineral chalcopyrite, which accounts for about 50 percent of copper production. Sulfide ores are processed via froth floatation to obtain copper concentrate. Copper ores containing chalcopyrite can produce a concentrate with 20 to 30 percent copper in concentrate.

The more valuable chalcocite concentrates typically grade between 37 and 40 percent copper in concentrate due to the fact that chalcocite contains no iron. Chalcocite has been mined for centuries, and is one of the most profitable copper ores. The reason for that is its high copper content and the ease at which the copper it contains can be separated from sulfur.

It is not, however, the primary copper ore today. Copper oxide ores are leached with sulfuric acid to liberate the copper minerals into a solution of sulfuric acid laden with copper sulfate solution. The copper sulfate solution (called the pregnant leach solution) is then stripped of copper via a solvent extraction and electrowinning process, which is more economical compared to froth flotation.

All copper mines have different mineral assemblages. The primary assemblage is the mineralization type that is most prevalent. Most types of copper deposits also have secondary ores, however, and they can add a great deal of value to a deposit. The Escondida mine is primarily a chalcopyrite porphyry deposit overlain by secondary oxides. It is important for companies not to discount secondary mineralization.

While there are other factors to consider when valuing a copper deposit, the upshot is that a world-class copper deposit holds a copper resource whose value far exceeds the cost of mining and refining. To date, some of the biggest copper finds have been the Kennecott copper mine, a large-scale porphyry deposit, the Chuquicamata copper porphyry complex and, of course, Escondida.

15 responses to “Types of Copper Deposits in the World”