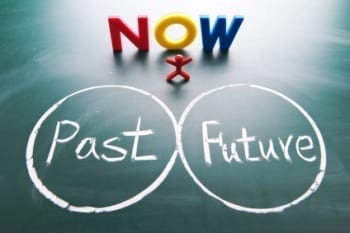 The surge in copper prices, coupled with bullish sentiments from analysts paint a bright 2017 ahead. INN asked several copper juniors how 2016 treated them, and what their thoughts are on the copper market in 2017.

Copper is ending 2016 on a high note. In the second half of 2016, global events such as Brexit and Donald Trump moved the copper prices: Benchmark copper was up post-Brexit, copper prices shot up after Trump’s unexpected win in the US presidential elections.
In a survey we sent to junior mining CEOs, 72 percent said price made the biggest impact on their commodity, while 27 percent cited supply. To drill down further, the Investing News Network asked several copper companies how 2016 treated them, and what their thoughts are on the copper market in 2017.

The year was riddled with challenges for several copper producers. To name a few: Anglo American’s (LON:AAL) Los Bronces copper mine in Chile was seized by about 100 protesters mid-November; Hudbay Minerals’ (TSX:HBM,NYSE:HBM) Constancia mine in Peru was temporarily suspended in November, but is now back up and running; and Park Elektrik (IST:PRKME) suspended operations at its copper mine in southeast Turkey after a landslide killed three people and trapped thirteen workers.
Looking back, Copper Fox Metals’ (TSXV:CUU) CEO Elmer Stewart said he expected a rise in the price of copper, but the rise that happened in March was not sustained — until the copper surge that started in October. He continued to say that although 2016 was a difficult year, he is “optimistic that it is the start of a commodity cycle.” He added that it is a positive sign that big company balance sheets are looking better in 2017.


Give me my free report!
Thunderstruck Resources’ (TSXV:AWE) CEO Bryce Bradley also commented that the rise in copper prices was a highlight for 2016. Also a high point of 2016 for Bradley was when Thunderstruck completed its 100 percent acquisition of its vast portfolio of projects in Fiji.

Commerzbank forecasts that 2017 will see copper prices climb to $2.80/lb, and global investment firm Jefferies expects that the oversupplied global copper market in 2016 will shift to a flat one in 2017, with a slight deficit in 2018.
Rio Tinto (NYSE:RIO), in a report on Reuters, said that, “the copper market will go into deficit by 2020.” — which is also when Rio Tinto expects the extension to the Oyu Tolgoi mine in Mongolia to go onstream. Oyu Tolgoi is one of the world’s largest copper mines and last June, Rio Tinto approved its $5.3 billion expansion.
As for the copper juniors, Stewart said, “the price of copper will do what it wants, but it gets down to the fundamentals – supply and demand.” Stewart is optimistic about the future and reminds investors, “Let’s be cautious, but let’s be optimistic as well.”  In a press release dated November 9, 2016, Stewart says, “In anticipation of a positive move in the price of copper in 2017, we have advanced several of our projects in 2016 to better position our project portfolio.”
Bradley says that “timing is everything.” She reminds investors that “the resource sector is highly cyclical and that investing in mining exploration companies is speculative.” In a press release dated October 18, 2016, Bradley talks about Thunderstruck’s plans for 2017, saying they “are poised to begin the initial phase of our exploration program on this pipeline of promising targets.”
Doubleview Capital’s (TSXV:DBV) CEO Farshad Shirvani said in a note sent to investors that “2016 has been a difficult year for many investors but amid the gloom there have been significant changes in global economies and outlook.” He continued to say that the copper rally has resulted in “renewed interest in exploration companies with realistic prospects and in copper producing companies that were struggling to maintain their operations but resisted closure in fear of losing loyal and talented employees.”
Shirvani adds, “Longtime lower prices for copper, depleting in copper ore around the world and lack of new mines in production in conjunction with higher demand is felt in both gold and copper trading volume since October 2016.” Doubleview Capital announced completion of sampling at its Hat project in BC, Canada in late November, and is looking forward to results “which will be released as soon as core assays are received, verified and interpreted.”
Copper North Mining’s (TSXV:COL) CEO Dr. Harlan Meade looks forward to “increased copper supply leading to deficits” in 2017. Copper North is set to work towards completing environmental management planning for the resumption of permitting of the project, as well as undertake a metallurgical and process study to improve and upgrade the PEA.

Analysts bullish on copper for 2017

Goldman Sachs supports a “more “bullish” environment for the metal at least to mid-2017,” citing that demand growth was much stronger than anticipated.  The investment bank is forecasting a copper deficit of around 180,000 tonnes for 2017.
Haywood Securities’ Stefan Ioannou said in an email to INN that they are maintaining a strong medium to longer term outlook, “as a supply-demand balance emerges on the back of a lack of new timely mine development and the inherent increased cost of sourcing production from lower grade ores.”