Africa represents a strategic region for copper production and copper exploration, with hot spots in the Democratic Republic of the Congo, Zambia, South Africa and Namibia. 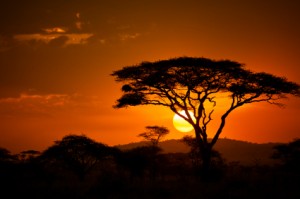 Africa is one of the most important sources of copper in the world, and home to some of the world’s most impressive copper belts.

The mineral rich African continent is best known for its wealth of oil, gold and diamond resources; however, the region also hosts significant copper resources. Two of the world’s top ten copper producing countries are found in Africa.

While production comes primarily from the Democratic Republic of the Congo (DRC), Zambia and South Africa, a new hot spot is emerging in Namibia.

Copper mining in the DRC

The DRC is the top copper producer in Africa, and the fourth largest copper producer globally. In 2019, the DRC’s copper mine production totalled 1.3 million metric tons (MT). The majority of the country’s copper operations take place in Katanga Province, known for its vast mineral resources which also includes cobalt, tin, uranium and diamonds. This region is located on the Central African Copperbelt, the world’s largest and most prolific mineralized sediment-hosted copper belt.

The DRC is a hot spot for both copper mining and the global call for conflict-free minerals, where unsafe working conditions and the use of child labor in the artisanal mining industry are forcing manufacturers to source ethical alternatives. Combine that with the DRC government’s tax hikes for mining companies and the industry has a high propensity for insecure supply lines.

Nevertheless, mining giants such as Glencore (LSE:GLEN,OTC Pink:GLCNF) and Ivanhoe Mines (TSX:IVN) have established significant operations in the DRC. Glencore, one of the world’s largest copper producing companies, owns two large-scale copper-cobalt producing mines in the country: Katanga and Mutanda, which both produce copper cathodes and cobalt hydroxide.

Ivanhoe has been exploring in Africa since 1994, and today owns three major copper projects in the DRC. The company is looking to Q3 2021 for first production at the Kakula mine. With an initial mining rate of 3.8 million tonnes per annum at an average of 6.6 percent copper over the first five years of production, Kakula is expected to be the highest-grade major copper mine in the world. The mine is part of the the Kamoa-Kakula project, a joint venture between Ivanhoe Mines (39.6 percent), Zijin Mining (39.6 percent), Crystal River Global Limited (0.8 percent) and the DRC government (20 percent). Kamoa-Kakula has the potential to become the world’s second-largest copper mining complex.

According to Zambia’s Chamber of Mines, the nation’s copper mining industry is dominated by four major mines: Barrick Gold’s (TSX:ABX,NYSE:GOLD) Lumwana mine; First Quantum Minerals’ (TSX:FM,OTC Pink:FQVLF) Kansanshi mine; Mopani Copper Mines which is majority owned by Glencore; and Konkola Copper Mines, a subsidiary of Vedanta Resources (NYSE:VEDL). The Zambian government holds a minority shareholder position in each of these companies.

These companies have also been subjected to rising resource nationalism as evidenced by the Zambian government’s push to have a greater stake in the foreign companies mining within its borders.

South Africa is a mineral-rich country known primarily for its platinum group metals, ranking as the world’s leading platinum producer and the second-largest palladium producer after Russia. Yet, South Africa was the first African nation to begin commercial-scale copper mining, with the opening of the Palabora open-pit copper mine in 1966.

Today the Palabora copper mine remains one of the largest and deepest open-pit mines in the world. Rio Tinto (ASX:RIO; NYSE:RIO) subsidiary Palabora Mining Company operates the mine, smelter and refinery complex—South Africa’s only refined copper producer.

South Africa’s mining industry overall has suffered steep declines in output in the past few years, brought on by several factors including conflicts between industry and government, labor strikes, and economic challenges. The 2020 covid crisis has only exacerbated production issues in the country.

Namibia has a well-established mining industry focused mainly on the production of uranium, gold, diamonds and lead; however, over the past several years copper production in the country has been rising. The Geological Survey of Namibia says the country’s mineralization includes copper deposit types such as volcanogenic massive sulfides (VMS) and porphyry copper.

Namibia’s copper mining industry may not be as advanced as its African peers, but its socio-political stability is by far superior. Namibia consistently ranks as one of the most favored mining jurisdictions on the continent — a distinction that is a significant indicator of the country’s stable democracy, strong economy and well-developed mining code which shares its structure with those of Canada and Australia.

The country is quickly becoming a target for copper exploration companies, such as Deep-South Resources (TSXV:DSM) and Trigon Metals Inc. (TSXV:TM). Deep South is developing the Haib copper-molybdenum porphyry deposit, one of the largest such deposits in Namibia. Trigon Metals holds five licenses including the past-producing Kombat mine project, which it is working to bring back into production.

Largest Producers of Gold by Country
3 Copper ETFs and ETNs
What is Coltan? 5 Facts You Should Know
ASX-Listed Potash Stocks