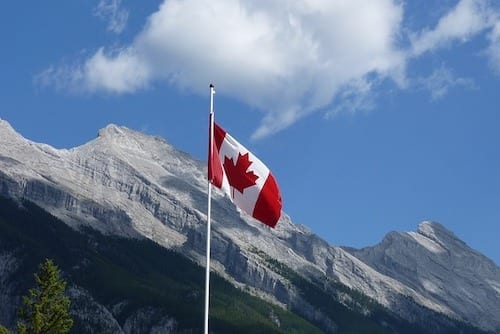 Cannabis investment in Canada has brought big gains, but bumps have led investors to ask: “Are Canadian marijuana stocks a good investment?”

The Canadian cannabis industry has been a pioneering sector offering some of the most direct growth in the global space. However, due to recent warning signs and lacking results, investors are asking themselves: Are Canadian marijuana stocks a good investment?

Following a shift in investment attention to marijuana stocks in the US, the biggest scandal in the Canadian cannabis market leaving thousands of medical patients without medicine, the burgeoning hemp-derived cannabidiol (CBD) US market attracting a bulk of Canadian leaders into the space and the general downward projection on its market, the often touted Canadian leadership and first mover status has recently been put into question.

Here the Investing News Network (INN) offers investors with some commentary on the state of publicly traded Canadian cannabis shares, the entire market and its path forward.

In the run-up to the legalization of marijuana for recreational use in Canada — which joined an existing medical marijuana program in the country — cannabis stocks gained an increased notoriety thanks to volatile swings.

These companies gained a reputation as stocks to buy for an untapped entry into marijuana growers and a brand new industry in the marijuana business.

Canadian leaders such as Canopy Growth (NYSE:CGC,TSX:WEED) and Aurora Cannabis (NYSE:ACB,TSX:ACB) blazed a crucial path by reaching senior US listings on the New York Stock Exchange (NYSE). Since Canopy Growth started trading on the NYSE in May 2018, six other Canadian producers have joined with US listings.

While these marijuana companies — alongside other leaders in the Canadian industry — have moved ahead with novel recreational supply agreements with provincial partners, the medical cannabis space has seen advancements in availability and acceptance.

The swings have stabilized as the industry moved past its initial legalization craze stage. Now, according to one marijuana stocks expert, investors will actually start to see performance based on merit and realistic metrics.

“We’re seeing a fairly big differentiation between companies that are putting out good numbers and those that aren’t,” Greg Taylor, chief investment officer with Purpose Investments previously told INN. “I think the big shift that had to come to the sector and it seems like it’s finally here in the Canadian investor.”

Following the first wave of rush interest for marijuana stocks — driven mainly by retail investors — a variety of companies moved forward with public listings based on the merit of being a marijuana firm.

Taylor told INN he is expecting to see the number of company failings and shutdowns to expand moving forward as the Canadian cannabis industry continues its maturity process.

Many experts have agreed an uptick in mergers and acquisitions activity would take place in the market. 2018 already proved to have a significant increase in these transactions for the industry.

The portfolio manager said some Canadian mid-tier public cannabis companies have failed to differentiate themselves enough from the rest of the pack, which could lead to investing issues moving forward.

“Those companies seemed to have completely lost the attention of investors and are going to have a hard time raising equity going forward until they can put up some really good numbers and get back in the (good graces) of investors,” Taylor said.

Following significant layoffs for his firm, John Prentice, president and CEO of Ample Organics, a private tech company offering seed-to-sale software to the cannabis industry, said his company has faced a roadblock trying to raise capital.

“It’s been an interesting time in the cannabis industry. There’s a lot … of turmoil happening. I think that capital is drying up in the space, and really Ample is a bellwether for everything else that’s going on in the industry,” Prentice told BetaKit.

Charles Taerk, president and CEO of Faircourt Asset Management, told INN he also expects to see an increase in failing companies. He said this is due to the limited size of the population in Canada not meeting the needed demand for the amount of production available in Canada.

“I think in this case there will be less consolidation (in cannabis) because we won’t need as much cultivation and so some businesses, unfortunately, may go out of business,” said Taerk.

Are Canadian marijuana stocks a good investment?Attention shifts to US market

While the success of legalization in Canada enticed many investors, the growth sector for cannabis investment has moved below the border.

Companies with assets in the fractured US legal cannabis market, also known as multi-state operators (MSOs), began picking up the attention of investors offering results and the promise of quick expansion across the board.

In 2019, there’s been a recognized investment shift towards these MSOs as investors attempt to capture the upside of these companies and take full advantage of a discount in trading compared to its Canadian counterparts.

That discount may soon disappear, according to one cannabis analyst.

Pallotta sees the shift in investment as a growing trend that will not change.

“I still think that there’s definitely going to continue to be more capital moving into the names in the US for sure. No question about that,” he told INN. “That trend I think is not one that’s going to reverse it’s just going to keep growing stronger.”

There’s been easy access to exposure of the US market since two public Canadian exchanges offer listing services for companies operating assets in the US marijuana industry.

“Clearly we are moving now in a period where there was a lot of focus on US marijuana firms,” Jos Schmitt, president and CEO of the NEO Exchange — which is one of those Canadian exchanges — told INN. “There’s a lot of interest in that space.”

The Canadian Securities Exchange (CSE), the other Canadian exchange that elected not to block US marijuana companies from listing, has seen a significant flow of financing and listings thanks to its bet on these companies.

During a conference call with investors in March, Tilray (NASDAQ:TLRY) CEO Brendan Kennedy said the company is now focused on deploying its capital in the most important markets for its growth: the US and Europe.

Since then, the producer has expanded its presence in the European industry, now including exports from its central facility in Portugal.

The introduction of marijuana edibles, the expansion of retail stores across the country and the expanding medical marijuana market could help boost in the performance seen by Canadian marijuana companies.

Despite any adjustment in investor sentiment, Pallota told INN Canadian players have the support from institutional money. “I don’t think you’re going to see a wholesale shift out of Canadian names immediately or anything like that,” he said.

Similarly, Taylor echoed the sentiment and said investors can still find some “really good” companies to invest in.

The investing executive pointed to the shares of some of the big market cap producers such as Canopy Growth, Aurora Cannabis, Organigram Holdings (NASDAQ:OGI,TSXV:OGI) and HEXO (NYSEAMERICAN:HEXO,TSX:HEXO) as having a lot of potential for runs available to investors.

Taylor also highlighted the companies involved in the emerging extraction market as stocks to watch since these companies produce the cannabis oil needed for the upcoming sales of edible and infused recreational marijuana products.

According to the expert, these companies having identified a critical need of the marijuana industry, especially as the Canadian market nears the second stage of marijuana legalization.

“As we move into the beverages and edibles in the second half of the year, I think we’re going to be way more focused on extraction so the extraction play is going to be interesting,” he said.

These recreational products will test the appetite of the Canadian consumer as many companies have increased their production capacity and added the ability to produce novelty infused recreational cannabis drinks.

While for some it may appear as though investing in Canadian marijuana stocks focused on legal marijuana products have reached the end of the line for growth, experts still expect to see potential in for investors.

2 responses to “Are Canadian Marijuana Stocks a Good Investment?”