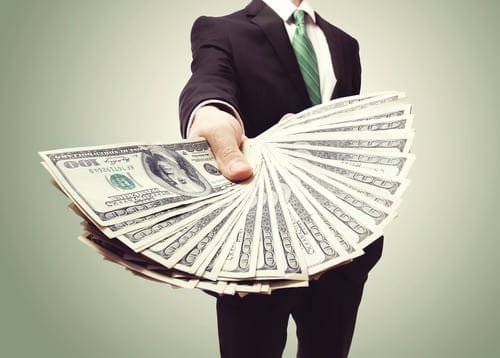 The cannabis sector was dominated by merger and acquisition (M&A) activity throughout 2018, according to a new market report.

A study from Viridian Capital Advisors shared with investors on Tuesday (April 9) shows that M&A activity increased 108 percent in 2018 compared to 2017. A total of 321 business transactions took place in the entire cannabis sector last year.

The cannabis advisory and investment firm indicates that most of the activity took place in the Canadian markets, with a particular focus on Ontario and BC.

The report also shows that the top states for these transactions in the US were California, Massachusetts, New York, Illinois and Arizona.

Viridian indicates that a total of US$13.9 billion was raised for the entire marijuana space in 2018, representing a 294 percent increase from 2017.

“Among our 12 cannabis industry sectors, Cultivation & Retail captured nearly 75 percent of all investment dollars, up from 48 percent in 2017,” the report states.

Aurora Cannabis (NYSE:ACB,TSX:ACB) took the top two spots on the list thanks to its blockbuster acquisitions of MedReleaf and CanniMed Therapeutics.

Aurora and fellow public producers Canopy Growth (NYSE:CGC,TSX:WEED) and Aphria (NYSE:APHA,TSX:APHA) each made three separate appearances in the ranking.

MJardin Group (CSE:MJAR,OTCQX:MJARF) rounded out the list with its acquisition of private company GrowForce Holdings for a deal worth approximately US$135 million.

Public listings also on the rise

Viridian’s report indicates that public listings also rose in 2018, with a total of 56 deals completed.

While initial public offerings (IPOs) “picked up considerably” according to the firm, reverse takeovers were the dominant methods employed by companies seeking to go public in the sector.

“Traditional IPOs expanded in 2018 as clean shell companies became harder to find and delays in reverse takeover/merger processes pushed the going-public timelines closer to those in IPOs,” Viridian says.

A total of US$468 million was raised for cannabis IPOs in 2018, while 15 stocks in total launched over the year, the report stated.

Viridian says the Canadian Securities Exchange was the most active exchange for new listings in 2018.