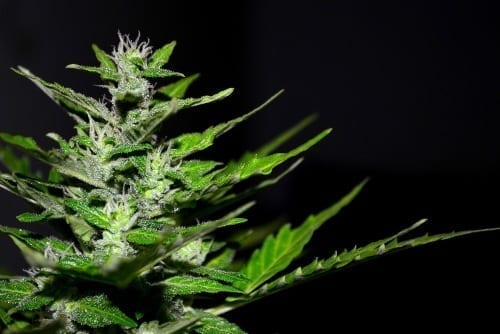 Which cannabis stocks made the CSE25 Index? The Investing News Network takes a closer look at which companies topped the list.

Since the Canadian Securities Exchange (CSE) launched the CSE25 Index in 2017, cannabis stocks have continued to hold onto the top spots on the list.

Not all CSE25 companies are cannabis stocks (click here for the full list), but the five largest stocks within the index are focused on marijuana, and many others are as well. That’s because in contrast to other Canadian exchanges, the CSE has become the base for several US-based cannabis firms.

The strength of cannabis stocks on the CSE is a marker of the high interest in the sector, and the exchange gives investors a chance to get involved in the marijuana market to the south.

Here the Investing News Network takes a look at the five biggest CSE25 Index cannabis stocks. Their weightings on the index were current as of January 8, 2020, and companies are listed from largest to smallest weight on the index.

Holding the top spot on the CSE25 is Massachusetts-based Curaleaf Holdings.

The US multi-state operator (MSO) currently has operations in key marijuana markets across the country, including Florida, Nevada and Oregon.

Recently, the firm has been making moves to widen its reach across the country as well as to further grow its presence in its existing markets.

Curaleaf started the year on a high note when it was awarded one of 14 medical cannabis retail licenses in Utah, giving it an early start in the state’s burgeoning market. The license follows Curaleaf’s acquisition of the retail assets of Nevada-based Acres Cannabis, one of which is a well-positioned dispensary on the Las Vegas strip.

Curaleaf currently boasts a 33.5 percent weight on the CSE25.

GTI takes second place with a weighting of 17.8 percent on the index.

The Illinois-based MSO is looking to cash in on the market in its home state with the recent legalization of adult-use cannabis in the region.

GTI announced the opening of Illinois’ first adult-use cannabis store, adding to its list of existing locations, and the midwestern state rang in the new year with its first sales of recreational marijuana.

In its Q3 2019 report, the company said it had Illinois and other key states to thank for its revenue generation, which reached US$68 million for the period, a quarter-over-quarter increase of 52 percent from the US$44.7 million seen in Q2 of last year.

Third place on the CSE25 is held by Cresco Labs, another Illinois native, with a weight of 6.6 percent.

Cresco has attracted investor attention for its series of acquisitions, particularly its takeover of Origin House (CSE:OH,OTCQX:ORHOF), which it called the “largest-ever public company acquisition” when it was first announced in April 2019.

Cresco confirmed the closing of the deal in early January, mentioning that the acquisition has increased its access to California, which is the world’s largest cannabis market, according to a report from Arcview Market Research and BDS Analytics.

“With the closing of this transaction, Cresco is in a position to accelerate its entry into one of the largest legal cannabis markets in the world, while adding valuable expertise in wholesale distribution and brand development, which we expect will drive significant value for all of our shareholders as we scale across the country in the coming years,” said CEO Charlie Bachtell in a statement.

Perhaps Trulieve Cannabis’ biggest strength is its market dominance in its home state of Florida. The firm ended 2019 with the opening of its 42nd Florida location, maintaining its grip on the title of largest cannabis company in the coastal state.

In fact, in its Q3 2019 report, Trulieve reported a 19 percent increase in Florida patient growth and record revenue levels of US$70.7 million, a 22 percent increase on a quarter-over-quarter basis.

According to the most recent data from Florida’s Office of Medical Marijuana Use, Trulieve sold just under 28 million milligrams of medical cannabis in the week ended January 2, 2020. Privately held Surterra Wellness came in at a distant second, selling 8 million milligrams in the same time period.

Trulieve holds a 5.7 percent weighting on the CSE25.

Rounding out the top five is Arizona-based Harvest Health & Recreation with a 4.4 percent weighting on the CSE25 Index.

Harvest spent a good deal of 2019 expanding its reach in Arizona with a series of acquisitions, including the takeover of medical cannabis operator Urban Greenhouse and the purchase of a Leaf Life medical cannabis dispensary in Southern Arizona.

The firm kicked off 2020 with news of a planned acquisition in another key marijuana state: Nevada.

Harvest plans to acquire a 32,000 square foot cultivation facility in Nevada from cannabis management platform MJardin Group for US$35 million.

“We expect this opportunistic acquisition to support our expanding retail asset base in Nevada and afford higher margins and profitability through vertical integration with some of our pending acquisitions in the state,” said Harvest CEO Steve White in a press release.

2 responses to “Cannabis Stocks on the CSE25 Index”