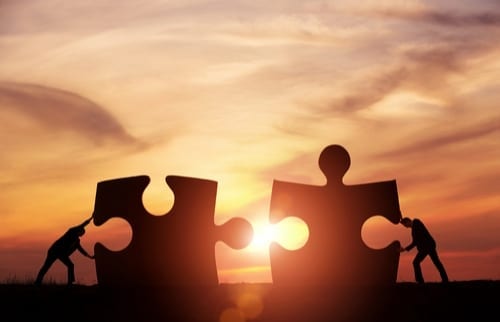 Canadian companies will “pounce” on deals in the US once they are legally allowed to, says a mergers and acquisitions (M&A) expert.

As the marijuana market continues its work of expansion and development, M&A’s have dominated conversation in the space this year.

Dena Jalbert, founder and CEO of Align Business Advisory Services a firm aiding companies on M&A activity, told the Investing News Network (INN) as the US cannabis market opens up, Canadian companies will benefit from the experience and capital gained to fully enter the space.

“[Canadian cannabis companies] just have a knowledge share that US businesses don’t have yet and they have capital,” Jalbert said.

The US market remains off limits for Canadian cannabis companies publicly traded on TMX Group-operated exchanges due to restrictions placed by the regulators.

Canadian investors have gained access to the US cannabis space through investments on the Canadian Securities Exchange (CSE), thanks to its decision to not block listings from companies pursuing interest in legal cannabis states.

“In the US, because it’s still so regulated, there’s not a lot of capital flowing and that’s a restriction,” Jalbert said.

The advisor added larger issuers from the US market will be able to perform M&A through the cash positions built up in the market.

The size of deals for CSE-listed US multi-state operators has continued to grow as the business play continues to gains popularity for US and Canadian investors.

How to measure the valuation of a merger or acquisition?

Throughout 2018, the cannabis public sector has faced criticism of how valuable, exactly, companies in the space really are.

In March, Aurora closed its purchase of fellow LP CanniMed Therapeutics for a combination of C$62.8 million Aurora common shares and a cash consideration of approximately C$121.5 million.

While in July, Aurora also completed a transaction denominated the “largest cannabis industry transaction” for MedReleaf.

Canopy also did a deal Jalbert expects to become the norm in the industry — an intellectual property (IP) acquisition for the assets of Colorado based cannabis research company ebbu worth C$25 million in cash and the issuance of over 6 million common shares.

“I think most of the deals that we’re going to see are going to be IP specific because there’s only so much land,” Jalbert said.

Jalbert explained valuations for cannabis ventures will start to normalize, despite remaining higher than most industries due to the growth aspect for the market.

She explained when working with clients in doing research to reach a proper valuation for an acquisition, her firm uses information on recent achievements and its multiples, current assets, workforce and leadership in place.

The conversation around M&A activity in the cannabis space has expanded to include the entry of potential massive corporations evaluating the growth in the industry.

Rumors have appeared about established companies such as The Coca-Cola Company (NYSE:KO), alcohol maker Diageo (NYSE:DEO) and parent company for Marlboro cigarettes Altria Group (NYSE:MO) all getting close to completing cannabis deals.

While Coca-Cola stated it has “no interest in marijuana or cannabis,” the beverage company is watching for the cannabidiol (CBD) market’s growth in order to use it as a “an ingredient in functional wellness beverages around the world.”

“No agreement has been reached with respect to any such transaction and there can be no assurance such discussions will lead to an investment or other transaction involving the companies,” Cronos said.

Jalbert told INN in most acquisitions where a big established company purchases a smaller venture “what’s in it for the big company is they get to grab something new that they don’t have and they get to leverage their existing infrastructures.”