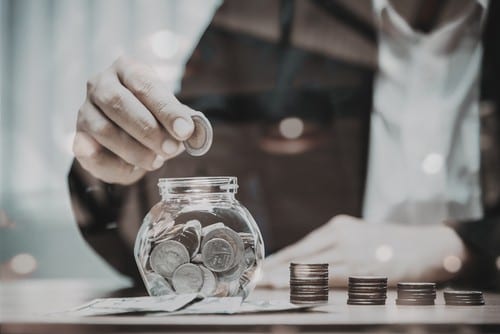 What were the main silver trends of 2019? In this article we run through the year’s key supply, demand and price catalysts.

While gold’s sister metal was unable to lock in the same gains, the geopolitical unrest and economic concerns that made gold appealing as a safe haven to investors also benefited silver to a lesser extent.

As the year comes to a close, the Investing News Network (INN) is looking back at the main silver trends of 2019, from the impact of the US Federal Reserve’s three interest rate cuts to widespread geopolitical uncertainty and weak investor sentiment.

The year started with silver trading for US$15.46, reversing some of the losses the metal experienced at the end of 2018. The first 45 days of 2019 were marked with gains for the versatile metal, which hit its quarterly high in mid-February at US$16.04.

As the US dollar strengthened and equities rallied, the price of silver began to slip, but it was able to tread water at the US$15 mark through March.

In a Q1 report, FocusEconomics noted that the white metal was negatively impacted in late February and early March by expectations that an end to the US-China trade war was in sight. The possibility of the long-awaited trade agreement was positive for the greenback, which placed pressure on silver.

However, news that the Fed would not raise interests rates throughout 2019 was positive for the precious metals sector, and it helped move the price of silver to US$15.41 in mid-March before the metal began what would become a 60 day descent.

Despite being rangebound for Q1, during the second quarter analysts remained optimistic silver would outperform gold in the mid to long term.

He elaborated, “Silver itself has gone from US$13 to US$16 (previously), and that percentage gain is much more than we have seen in gold over the last couple of months, so it always outperforms … but the negative is that it outperforms in both directions.”

Citing an increase in demand for silver as an industrial metal, Smallwood said he was more bullish on silver than its yellow counterpart.

While an April report from the World Silver Survey noted that silver demand hit a three year high in 2018, the same could not be said for the price of the gray metal for the 30 day period.

Mid-month the price fell below US$15 to US$14.95, its lowest point since December 2018. The metal continued its spiral lower as relations between Beijing and Washington appeared to warm and a trade deal seemed possible once again.

A strong US dollar further compounded silver’s growth, driving the price down to US$14.38 on May 17.

By the end of the month, relations between the US and China had begun to sour, weighing on global equities, and the greenback fell from a two year peak. Additionally, there was confidence that the Fed would not hike interest rates, and would instead lower the cost to borrow. All of these factors helped precious metals.

“We have seen a sharp reversal in the dollar, and that has helped,” said Suki Cooper, precious metals analyst at Standard Chartered Bank (LSE:STAN).

“After the US Federal Reserve said it would remain patient, the market has taken this as a positive cue and has started to price in the greater probability of a rate cut,” she added.

June saw the price of silver begin to move higher; however, it still severely lagged gold, as was evident through the disparity in the gold-silver ratio, which sat at 91.5 to 1 on June 10.

The contrast in price highlighted a value opportunity, according to many sector watchers.

“I think silver is the place to be from this 90 to 1 ratio. You don’t have to jump in all at once, if it does go to 100, but certainly accumulate silver at these levels; you’re buying it for less than most primary silver miners can produce it. You’re getting it at a ratio that’s a historic good value,” David Morgan of the Morgan Report said at the time.

“This is a once in 26 year opportunity. We haven’t had this high of (a) gold-silver ratio for 26 years. And it usually doesn’t stay here very long.”

After spending the first half of 2019 relatively flat and locked below US$16, silver began showing its much-anticipated promise, displaying its greatest quarterly growth for the year.

Propelled by dovish sentiment from the Fed, the gray metal started the period trading at US$14.97, and quickly picked up momentum to reach highs not seen since 2016, when it peaked at US$16.49. By the end of the month, silver had gained 8 percent to sell for US$16.40.

July also marked the first time the Fed had cut interest rates since 2008, which solidified silver’s gains for the month and helped move the price higher into the beginning of August.

At the Sprott Natural Resource Symposium in mid-July, EB Tucker, a director at Metalla Royalty & Streaming (TSXV:MTA,OTCQX:MTAFF) as well as the mind behind two publications at Casey Research, told INN silver and gold would both move higher before the year was out — but those not in the market already could be left in the cold.

After breaking US$16 in July, silver made huge gains in August to end the month at US$18.23.

The precious metal sector saw a boost from disappointing economic data out of the US and concern that geopolitical tensions around the world were impacting growth.

“It’s obvious that the US-China trade dispute is a big driver for gold right now. But I think silver’s significant outperformance is a clear sign that monetary concerns are also sparking demand, and that the rally will be a long-term, secular move as a result,” said Brien Lundin, editor of Gold Newsletter.

Lundin speculated that the tensions could drive silver as high as US$20 by year’s end, and he wasn’t alone in that forecast.

“I believe silver will follow much of the same course (as gold), but is more volatile. I would guess that (it will reach) US$16 on the downside and break US$20 on the upside, which may be conservative,” said Brian Leni of Junior Stock Review. “Overall, I think the trend of escalating precious metals prices will continue moving in 2020.”

The highs prompted speculation that the gray metal could move above US$20 before the end of November, and potentially as high as US$25 in the near term.

“In our view, gold’s going to stabilize here at US$1,500, (and) silver will go from US$18 to US$20. And so we are focusing a lot of our capital and resources on silver, because that to us is the easiest trade right now,” said EB Tucker when INN caught up with him at the Denver Gold Forum in mid-September.

“And I would be shocked if that doesn’t happen before American Thanksgiving, which is only about eight weeks away.”

Following its end-of-July rate cut, the Fed continued to lower interest rates with another reduction in mid-September. The July and September cuts from the central bank helped silver rally to a three year high; however, a third cut in late October could not pull the metal back above US$19.

While the metal lost some of its gains in November, analysts and market watchers are still adamant that the discrepancy between the value of gold and the value of silver offers a lucrative investment opportunity.

In 2019, silver has outperformed itself, spending the majority of the year trading at prices higher than those seen in 2018, despite a slight year-over-year decrease in consumption, leaving many to speculate that the metal will move higher in the short term, outpacing gold due to its many industrial applications.

“Going forward, prices are seen remaining relatively stable, propped up by a recovery in industrial production next year,” states a recent FocusEconomics report. “The evolution of the US-China trade war will be a key factor to watch in coming months, due to its potential to affect both safe haven and industrial demand.”

The firm anticipates silver will be rangebound at US$17.30 for the remainder of 2019.

Ahead of 2020, investors should watch the correlation between gold and silver prices, knowing that silver does take time to catch up to its sister metal.

“It’s well known … how silver tends to lag gold. Gold moves first and then silver more than catches up,” said Lobo Tiggre, CEO of Louis James LLC, at the Sprott Natural Resource Symposium. “If gold goes bananas, silver will go bananas — no question in my mind, and it will go more bananas than gold.”