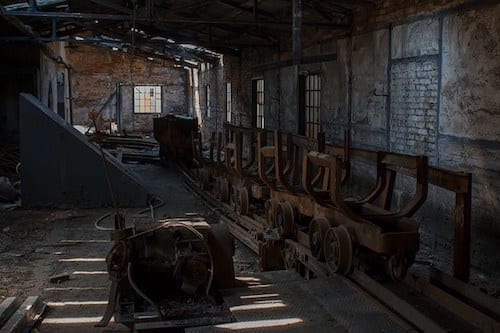 You might know which country produces the most silver, but do you know where the largest silver reserves by country are found?

Silver investors are usually interested in finding out which countries produce the most ounces of silver. After all, if a nation is producing an abundance of the white metal, many mining companies are likely operating there, and investment opportunities may be available.

Where there’s room to grow there may be money to be made as well, and for that reason investors should be aware of which countries may eventually become powerhouses, able to supply global demand.

With that in mind, here’s an overview of silver reserves by country. All the information collected is based on the US Geological Survey’s most recent data on silver.

At 110,000 metric tons (MT), Peru is tied with Poland for the highest silver reserves by country in the world. And unlike some countries with high silver reserves, the nation was a major producer of silver in 2018. It put out 4,300 MT of the metal, coming in second place in the world.

The majority of Peru’s physical silver is produced at the Antamina mine, located in the province of Huari. The mine is a joint venture between BHP (ASX:BHP,NYSE:BHP,LSE:BLT), Glencore (LSE:GLEN,OTC Pink:GLCNF), Teck Resources (TSX:TECK.B,NYSE:TECK) and Mitsubishi (OTC Pink:MSBHF,TSE:8058). Although it is primarily a copper mine, it still produces more silver than any other in the country.

Minerals account for more than 50 percent of Peru’s total exports, and silver is considered a “flagship product” with a rich history dating back to pre-Columbian times. Peru has also led the way in the copper space, as it is the second-largest copper producer in the world. Additionally, Peru holds the title of the third largest producer of zinc and tin and the fifth largest producer of gold.

Another one of the world’s leading silver producers is Poland, with silver reserves making gains last year and coming in equal to Peru’s. Despite its reserves of 110,000 MT, Poland produced just 1,300 MT of silver in 2018. Much of that came from KGHM Polska Miedsz (WSE:KGH). The company is consistently one of the world’s top silver-producing companies.

Currently, around 75 percent of silver is obtained as a by-product of copper mining. KGHM’s mineable resources, based on concessions currently held, including the new Deep Glogow deposit, are estimated at 1.1 billion tonnes of copper ore grading 2.08 percent copper and 58 grams per tonne silver.

Mines in Australia produce much less of the silver mineral than Peru and Poland, but the country’s reserves of the metal are nevertheless high. It put out only 1,200 MT of silver in 2018, and its holdings stand at 89,000 MT. As such, it appears there’s a long life still left for silver mining in the country.

Silver mining goes all the way back to the early 1900s in Australia. BHP began as a silver producer there in the 1920s, and today South32 (ASX:S32,OTC Pink:SHTLF), an offshoot of BHP, operates the Cannington mine in the same region. The mine produces the most silver ounces for the country.

Peru, Poland and Australia lead the world with the highest silver reserves, but many other countries also held significant silver reserves in 2018. Here’s a quick look at where other nations stand:

Various other countries hold a total of 57,000 MT of silver reserves, according to the US Geological Survey. The total world reserves figure sits at 560,000 MT.