Silver’s history as a precious metal has deep roots in Peruvian culture, in which it has long been associated with the mysterious and feminine powers of the moon. The Incas, enthralled by its soft gleam, referred to it as “the tears of the moon.” 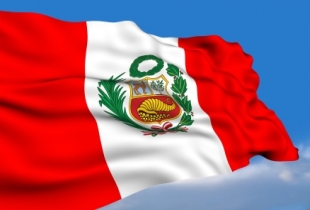 Silver’s history as a precious metal has deep roots in Peruvian culture, in which it has long been associated with the mysterious and feminine powers of the moon. The Incas, enthralled by its soft gleam, referred to it as “the tears of the moon.”  In ancient Peru, silver held both religious significance and political power.

First used as adornments in the late first millennium B.C.E., silver’s Peruvian mining history really began in the twelfth century under the Chimú Kingdom of the northern coast. According to the Silver Institute, silver production in Peru between 1600 and 1800 averaged over 3 million troy ounces per year.

In its more recent history, the South American country has managed to top all the nations of the world as the leading silver producer.

Between 2005-2009, silver production in Peru posted notable increases as the country’s mining sector attracted considerable amounts of investment. According to Jose Miguel Morales, chairman of Sociedad Nacional de Minería Petróleo y Energía’s Gold Committee, silver output in Peru grew by 30 percent from the period between 2000-2004 (13,000 MT) to the period between 2004-2009 (17,000 MT).

However, the country’s Energy and Mines Ministry has reported that silver production in Peru has fallen 4.22 percent between January and July of 2010 as compared to the same period in 2009. August production also reportedly fell 6.8 percent in August of 2010 from August of 2009.

In the period between 2010 and 2019, mining investment in Latin America in general is expected to reach $200 billion with a significant majority going to Brazil, Chile and Peru.

Hans Flurry, president of the Peru National Society for Mining, Petroleum and Energy, reported in October of 2010 that the nation is expected to receive up to $35 billion in mining investment over the next five to seven years.

Peru’s wealth of natural resources, mining-friendly government, fair tax policy and impressive mining infrastructure have made it a welcoming place for mining investment.

The mining sector accounts for 60 percent of the country’s total exports. According to Comex Peru, the nation’s mining exports in the first five months of 2010 totaled $7.8 billion, an increase of nearly 40 percent over the same period of 2009.

Other mining companies with silver projects in Peru include:

2 responses to “Silver Mining in Peru”