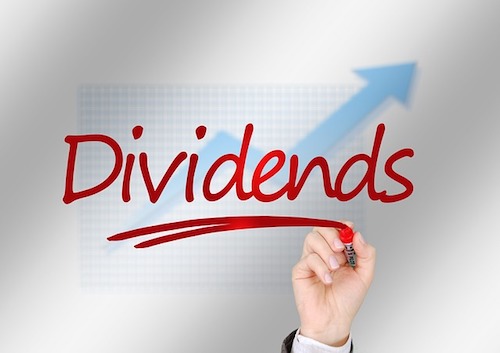 If you’re wondering about silver mining stocks that pay dividends, look no further — here are five with operations across the world.

As of mid-April, the silver price was down close to 3 percent year-to-date. While market watchers had been hoping to see the white metal trend upward for the year, it still has a long way to go to reach the highs seen in 2011.

Even so, some investors are looking at silver stocks that pay dividends. A dividend is a sum of money that is paid regularly by a company to a class of its shareholders out of its earnings. Dividends are often issued as cash payments, but can also be issued as stock or other property.

With that in mind, here’s a brief overview of five silver stocks that pay a dividend. They may be worth some attention even with the silver price on the decline. Companies are listed in alphabetical order; if we missed any silver mining stocks that pay dividends, please let us know in the comments.

Major miner Fresnillo bills itself as the world’s leading primary silver producer. Its precious metals assets include the largest primary silver mine in the world, as well as a portfolio of development and exploration prospects.

This silver stock pays two dividends per year, and its dividend policy takes business profitability and underlying earnings growth into account, as well as capital requirements and cash flow. It paid its interim 2018 dividend of US$0.107 per share on September 7, 2018, and will pay its 2018 final dividend of US$0.167 per share on May 24, 2019.

Hecla Mining is the largest primary silver producer in the US, as well as an emerging gold producer. It is the oldest precious metals miner in North America, and owns operating silver mines in the US and Mexico, as well as a Quebec-based gold mine. The company acquired Klondex Mines in July 2018, expanding its portfolio with three high-grade gold mines in Nevada.

The company’s most recent quarterly dividend payment came to US$0.002 per share on March 4, 2019. Its highest dividend payment on record is US$0.0125 per share, last paid on March 25, 2013. The company’s dividends are based on its average realized silver price for the preceding quarter. The silver stock also pays an annual minimum common stock dividend of US$0.01 per share.

Founded by Ross Beaty in 1994, Pan American Silver currently operates 10 mines located in Mexico, Peru, Canada, Bolivia and Argentina. In addition, the miner owns the Escobal mine in Guatemala, which is currently not in operation. Its 2018 revenue came to US$784.5 million, and its silver production came in at 24.8 million ounces that year. Its 2018 guidance was 25 to 26.5 million ounces.

Silvercorp Metals has multiple silver operations in China, and is focused on acquiring and growing underdeveloped projects with high upside. It sold about 6 million ounces of silver, 61.9 million pounds of lead and 19.6 million pounds of zinc in the 2018 fiscal year.

Although once suspended, the silver stock put its dividend back in place in November 2016 and credited its reinstatement to an improved cash position and better financial results. While the dividend was initially set to C$0.01 per share to be distributed semiannually, the company recently increased the rate by switching from Canadian dollars to US dollars. Its most recent dividend was dispensed on or before November 28, 2018, at a rate of US$0.0125 per share.

Last in our list of silver mining stocks that pay dividends is Wheaton Precious Metals, a well-known name in the silver space, largely because of its business model — it’s the world’s largest precious metals streaming company, which means that it’s made upfront payments to a variety of companies in order to gain the right to purchase, at a low, fixed cost, all or a portion of their silver and gold production.

The company currently has streaming agreements in place for 19 operating mines and nine development-stage projects. It is interested in companies operating in politically stable jurisdictions, and states that it has growth potential and its value should rise with the price of silver and gold. As a result, Wheaton Precious Metals sees itself as offering investors multiple benefits while reducing many of the downside risks that traditional mining companies face.