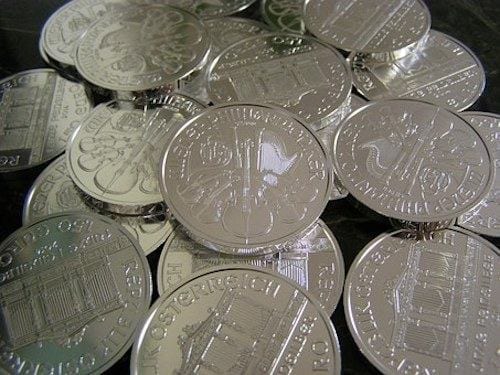 What happened to silver in Q2 2019? Our silver price update outlines key market developments and explores what could happen moving forward.

The silver price was relatively flat during the second quarter of the year, and while it managed to hit a high of US$15.41 per ounce on June 24, it ultimately gained less than 1 percent in Q2.

While a softer US dollar, geopolitical issues and a slow in economic growth helped the precious metal stay above the US$14 level, silver was unable to make the same gains its sister metal gold saw in Q2.

However, as the white metal heads into a new quarter and a potential interest rate cut is on the horizon, many industry insiders believe it is well positioned to climb and may even outperform the yellow metal.

Read on for an overview of the factors that impacted the silver market in Q2, plus a look at what investors should watch out for in the months to come.

The price of silver made a slight gain of 1.26 percent during the second quarter of this year. As the chart below from Kitco shows, the white metal was somewhat stagnant throughout the period, but reached its highest level towards the end of June.

As mentioned, silver reached its highest point of the quarter on June 24, when it traded at US$15.41. The metal broke through the US$15 psychological level after the US Federal Reserve hinted at cutting interest rates as early as July.

Silver hit its lowest point around the middle of the quarter, when on May 28 it closed the day at US$14.34 on the back of a strong US dollar.

As the third quarter of the year begins, investors interested in the silver market should be aware of a number of factors that could impact the white metal’s price.

Most market watchers have noted that the greenback’s movements, a potential interest rate cut and the value of gold will influence the price of silver during the remainder of 2019.

As FocusEconomics points out, the white metal climbed following the Fed’s latest two day meeting, which concluded on June 19. “Safe haven demand for the metal rose following notably dovish turns and some monetary easing by a string of central banks, including the Federal Reserve’s hint at rate cuts,” said analysts in the firm’s latest report.

The report also notes that, although ongoing geopolitical issues between the US and China gave way to slightly higher silver prices, they also caused a downturn in China’s economy, which had a negative effect on the white metal.

“Moreover, weaker economic data out of China in Q2 showing slowing factory output and the manufacturing PMI slipping into contractionary territory demonstrates the industrial sector is struggling under the weight of the trade standoff,” the report reads. “This hinders industrial demand prospects, while having the contrasting effect of encouraging safe haven demand.”

In addition to these factors, David Morgan, publisher of the Morgan Report, told the Investing News Network (INN) that silver surprisingly garnered little interest from investors during Q1.

“(The) complete lack of interest in silver investing is a surprise. Most of the high-risk/high-reward investors seem focused on bitcoin and the cryptocurrencies at the moment,” Morgan said.

Despite silver’s lackluster performance in Q2 of this year, several industry insiders foresee the white metal rebounding to higher levels before 2019 comes to a close.

Morgan believes that one of the main catalysts behind an uptick in silver prices is the value of gold.

“Everything revolves around gold right now. The key trend is for gold to convince the investing community that the recent six year high, breaking out from overhead resistance, is the beginning of a major move to the upside,” he noted. “Once investors return to the precious metals, silver will catch up and most likely overtake gold, bringing the gold silver ratio back to a level of 70 to 1 or lower.”

Analysts at FocusEconomics agree with Morgan, stating, “The rally in gold prices, which has widened the price differential between the two metals, could also spill over into the silver market (moving forward).”

Although Morgan believes that Q3 will continue to be sluggish, he thinks that, when silver starts to move, it will most likely outperform the yellow metal.

“Silver will overtake gold on a percentage return basis once the gold market reaches a certain level. That level is unknown, but US$1,550 is probably a good, educated level based on sentiment in the market when both metals were selling off and moving lower,” he told INN.

In terms of price predictions, panelists at FocusEconomics believe that silver will climb to an average price of US$15.80 in the fourth quarter of 2019 before making even further gains to reach an expected average of US$16.60 in Q4 of next year.

Finally, Johann Wiebe, lead analyst at Thomson Reuters’ GFMS division, told INN recently that he expects silver prices to be around US$16.75 in 2019 and US$17.50 in 2020 thanks to rising economic and political turbulence weighing on the US dollar and supporting precious metals.

Finding some balance, FocusEconomics panelists estimate that the average silver price for Q3 2019 will be US$15.60. The most bullish forecast for the quarter comes from TD Securities (TSX:TD,NYSE:TD), which is calling for a price of US$16.10; Euromonitor is the most bearish with a forecast of US$14.80.