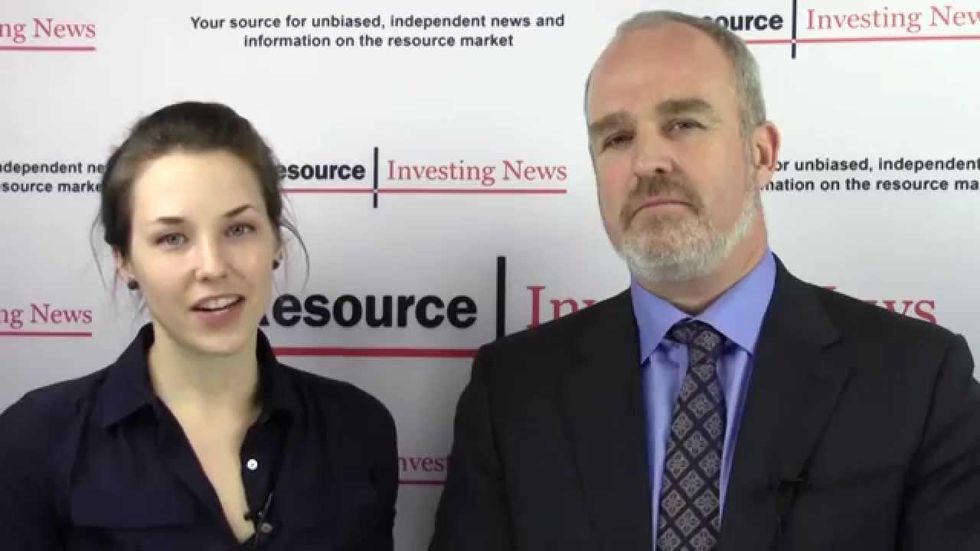 When Roxgold lost Credit Suisse as a funding partner last year, CEO John Dorward wasn’t fazed. And it appears he was right not to worry, as the company announced Wednesday that it’s already secured another partner for the Burkina Faso-based project.

When Roxgold (TSXV:ROG) lost Credit Suisse (NYSE:CS) as a funding partner for its Yaramoko gold project last year, CEO John Dorward wasn’t fazed. And it appears he was right not to worry, as the company announced Wednesday that it’s already secured another partner for the Burkina Faso-based project.

BNP Paribas (EPA:BNP) has stepped up to provide a US$75-million senior project debt facility together with Roxgold’s existing partner, Societe Generale (EPA:GLE). The facility features a hedging component on roughly 8.5 percent of current reserves at Yaramoko

The firm has signed a commitment letter with regards to the agreement, and funding will now be subject to the execution of final documentation.

“Yaramoko is now fully permitted and backed by experienced financing institutions, which are aligned with our goal of commencing production in just over a year,” said Dorward in Wednesday’s release.

Despite a bit of jurisdictional concern surrounding the company’s location in Burkina Faso — the country saw a fair amount of political unrest last fall and is now preparing for elections to take place — Dorward is still confident in the future of the project. The company recently received its mining decree for Yaramoko, and, as Tara Hassan of Haywood Securities points out in a recent note, with funding in place Roxgold is now set to commence construction at the mine.

The analyst expects underground development to begin at Yaramoko in the first half of 2015, with production to commence in the second half of the year.

“We expect Roxgold’s share price to respond positively as the Company is now one step closer to commencing production at Yaramoko, which will be one of the region’s lowest cost operations,” she states in her note. Though Hassan admits that underground mining isn’t common in the region, and that the upcoming election in Burkina Faso “could impact timelines or investor appetite,” she is very positive on the project overall, echoing Dorward’s believe that it is very “unique.”

To be sure, Yaramoko is high grade, but Hassan notes that it’s also “relatively continuous, with limited variability and good predictability,” which could mean a favorable cash-cost profile. She adds that the company “is likely to attract attention given its ability to deliver high-margin ounces for a lesser capital outlay and at reduced execution risk relative to some peers.”

All in all, Hassan has given the company a “buy” rating and a target price of $1. On Wednesday, Roxgold was up about 5 percent, trading at $0.65. The day also brought the news that Roxgold has made it onto the TSX Venture Exchange’s 2015 TSX Venture 50 list.

For more information on the company, watch our recent interview with Dorward at this January’s Vancouver Resource Investment Conference.

Top Stories This Week: Gold Nears US$1,850, "Everything Looks Good" in Oil and Gas