Portfolio Manager, Kevin MacLean said he has been able to reduce risk or volatility in his fund because it is focused on smaller companies, which can add to existing reserves and resources, as opposed to large gold producers, whose stock returns depend on a rising gold price that can often fluctuate. 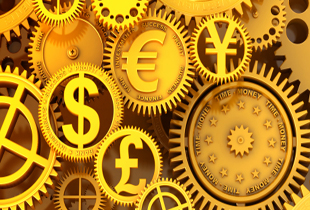 Investors of precious metal funds in Canada will immediately recognize the proverbial 800 pound giant in the room, when reading about the Sentry Precious Metals Growth Fund. Last year, the fund managed a 79 percent return, and in the process picked up some hardware at the annual Lipper Fund Awards. Sentry Precious Metals Growth, which posted an average annual return of 22 percent over three years, earned the award in the precious metals category, and has the best return of all categories for that period, also winning awards for both the one and five year periods.

In an interview with Gold Investing News, Mina Rizk, Product Manager and Analyst for Sentry Investments was pleased with the awards and the impact that it has represented for marketing opportunities, “The Fund continues to attract assets based on its strong and consistent track record. Including the 2011 awards, the Fund has now captured seven Lipper Awards over the past five years.”

Sentry has been establishing quite a strong name for itself in the Canadian investment management universe, with the entire firm’s suite of assets under management totaling 80 percent growth on the year. The growth total is a product of the weighted average performance across all mandates in addition to the net sales of the funds. The second highest total for firms with more than a billion dollars of assets was Dynamic Funds, which posted a 33 percent gain.

Portfolio Manager, Kevin MacLean has indicated that he has been able to reduce risk or volatility in his fund because it is focused on smaller companies, which can add to existing reserves and resources, as opposed to large gold producers, whose share price returns are more dependent upon an appreciating gold price that is often relatively volatile.

“When the gold price goes down, the senior shares go down and stay down until the gold price goes up again,” MacLean said. “The shares of smaller companies can go down initially, but they will come back fast because they are creating wealth by finding it in the ground.” In a sense, these companies are growing the underlying asset base ‘organically’.

While the price of gold had been falling last month after last year’s strong surge, he suggested “The U.S. recovery is almost driven by printing money,” he said. “The United States has decided to devalue their currency rather than tighten their belts, so that is bullish for gold.” This is also underscored by escalated geopolitical concerns in the Mideast as well as supporting data from slightly higher U.S. inflation for the month of January.

The fund comes at a slightly higher price point, featuring a Management Expense Ratio (MER) of 2.6 percent of net assets. The MER is a measure of what it costs an investment company to operate the fund and consists of a management fee, record-keeping, custodial services, taxes, legal expenses, and accounting and auditing costs divided by the average dollar value of its assets under management. Operating expenses are taken out of a fund’s assets and lower the return to a fund’s investors. As a category benchmark the median MER for the precious metal category is 2.3 percent.

The total assets of the fund are approximately $730 million, which permits the manager to invest in exploration, junior mining and senior production of precious metals. This provides investors with exposure to international enterprises with the broadest range of market capitalization.

The competitive nature and industry compliance requires that the fund disclose financial details quarterly, and the most recent sector allocation indicates about 56 percent is invested in junior mine production, 23 percent in mid tier miners, 10 percent in senior miners and 10 percent in exploration companies.