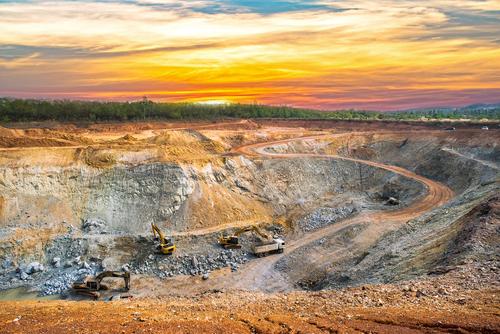 Quebec is considered an exceptional region in terms of mineral wealth, and Quebec gold mines are key contributors to Canada’s gold output.

Many geologists and mining experts consider the Canadian province of Quebec to be an exceptional region in terms of the future of its tremendous area of yet unexplored land.

In excess of 90 percent of the province’s substratum is made up of Precambrian rock, a geological formation well known for its deposits of gold, iron, copper and nickel.

Regional mining booms were first experienced in the Abitibi-Témiscamingue area, with exploration subsequently carried out in Chibougamau, Saguenay Lac-Saint-Jean, Grand-Nord and Côte-Nord.

Today, Quebec hosts approximately 30 mines, 158 exploration projects and 15 primary processing industries. It holds a broad range of over 30 minerals, of which the leading commodities are gold, iron, titanium, asbestos, copper, zinc and silver. Since the Quebec mining industry took off in the 1920s, it has maintained steady growth; however, only 40 percent of Quebec’s mineral potential is now known.

Much of the mining that takes place in Canada happens in Quebec. In fact, a fifth of the country’s mining output comes from the French-Canadian province.

In 2017, mining investment in Quebec increased by 8.7 percent, or C$3.05 billon. The province offers miners competitive tax incentives, making it a favorable mining jurisdiction for gold producers. That same year, Quebec and Ontario accounted for 75 percent of the gold production in Canada, with output of about 1.8 million ounces of the yellow metal from Quebec alone.

In the most recent Fraser Institute “Survey of Mining Companies,” Quebec took the second spot in terms of Canadian investment attractiveness, and came in at number four worldwide.

The survey includes ratings for 83 jurisdictions around the world based on geologic attractiveness for minerals and metals, as well as policy attractiveness.

Mining in Quebec: Popular regions to mine

Abitibi-Témiscamingue is located in the western region of Quebec that straddles the border of Ontario. Much of the mining here is done along the Cadillac fault between Val-d’Or and Rouyn-Noranda. The area is the fourth largest region within the province and it covers a total area of 65,000 square kilometers. Its largest cities are Rouyn-Noranda and Val-d’Or.

Currently, one of the most sought-after mining regions in Quebec is the Cadillac Break, which includes Val d’Or, a city located in the eastern portion of the Abitibi greenstone belt. Since its inception, the break has produced approximately 100 million ounces of gold.

Chibougamau is located in Central Quebec on Lake Gilman. The area first came to prominence as a mining prospect when gold was discovered in the region in 1903. However, due to the fact that it is far from other gold mining areas such as Lac Saint-Jean and Abitibi-Témiscamingue, exploration grew stagnant until the 1940s, when copper was first discovered in the area.

This region of Quebec is surrounded by two major watercourses, the Lac Saint-Jean and the Saguenay River, and is the third largest region in the province.

In 2017, C$75 million was put into exploration and deposit appraisal work at Saguenay Lac-Saint-Jean, up C$28 million from the previous year.

Also in 2017, the Quebec Mining Association commissioned an economic study of the region, revealing that the area could produce “annual expenditure of C$297.2 million, 2,680 jobs created or maintained, and a network of 478 suppliers.”

Grand-Nord is the largest region in Quebec, covering 750,000 square kilometers in the province.

The area is popular because it has a high potential for new discoveries thanks to numerous types of mineralization in different host rocks. In addition to the gold that is produced at this location, the area is known around the world as having several healthy copper, zinc, nickel and silver deposits.

In terms of land mass, Côte-Nord is the second largest mining region within Quebec. It covers a large portion of the northern shore of the Saint Lawrence River estuary and the Gulf of Saint Lawrence past Tadoussac.

In 2016, Côte-Nord was responsible for 17.4 percent of mineral extractions and shipments within Quebec for a total worth of C$1.42 billion.

In addition to gold, Côte-Nord is heavily populated by iron ore, helping Canada become one of the top 10 iron-producing countries in the world.

While there are numerous benefits to mining in the French-Canadian province, one of the top perks is its abundant supply of hydroelectricity and the fact that it has the cheapest electricity rates in North America. Compared to Canada’s two other large mining jurisdictions, Ontario and British Columbia, Quebec has a significant advantage in this department.

Ontario’s cost of electricity is among the highest in the region, and the impact of these high costs on electricity-intensive industries like mining and manufacturing was a significant election issue that saw Doug Ford’s Progressive Conservatives elected to provincial office. Quebec’s electricity market is quite stable by comparison.

However, with the Coalition Avenir Quebec (CAQ) winning a majority government in La Belle Provence in 2018, change could be on the horizon for the province’s mining industry. With every incoming provincial government, businesses try to understand how changes to policies and regulations will impact their operations. Explorers and producers in Quebec’s mining industry are no different. Fortunately, CAQ has offered incentives that may interest investors.

Firstly, the CAQ platform states that a streamlined approval process is needed to reduce application timeframes. Secondly, CAQ wants to rejig remediation contingency calculation to reduce initial costs for mines. It remains to be seen how CAQ implements its platform and if it will tinker with Plan Nord, which was implemented by the previous Liberal government.

In recent years, Plan Nord has acted as a policy for the development of new mining projects seeking easier access to mining territories, better telecommunications infrastructure, access to clean energy in the north of the province and scientific knowledge development.

Mining in Quebec: Companies that operate in Quebec

As can be seen, Quebec is an important part of Canada’s gold space. Below is a list of gold producers that operate mines within the province; all had market caps above US$150 million at the time of publication.

Agnico Eagle operates several mines in Quebec, including its 100 percent owned LaRond, Goldex and Lapa mines, and it also holds a 50 percent interest in the Canadian Malartic mine.

In addition to these, the company is pursuing an early to mid-stage project: the Akasaba West gold-copper project, also in Quebec. Akasaba West is 100 percent owned by the company and held an estimated mineral reserve of 141,000 ounces of gold as of December 31, 2015. Permitting of the area is ongoing and the miner expects to begin open-pit development in 2021.

IAMGOLD is Canadian mid-tier mining and exploration company that has four operating mines, together with joint ventures in Mali.

The company operates the Westwood gold mine on the Doyon property in Northwestern Quebec. Westwood covers 1,925 hectares and consists of 120 titles, one mining lease, one surface lease and three tailings leases.

The company has a joint venture with Toma Gold on the Monster Lake exploration project, located southwest of Chibougamau, Quebec.

Osisko Mining is a development-stage gold mining company based in Montreal. The Windfall Lake gold project is 100 percent owned by the company, contains 285 individual claims and covers an area of approximately 12,400 hectares.

Osisko also has the Marban Block property, 15 kilometers west of Val-d’Or. The three past-producing mines on the property — Marban, Norlartic and Kierens — have put out 590,000 ounces of gold.

Hecla Mining’s 100 percent owned Casa Berardi mine is an underground gold mine with impressive geology and infrastructure. In 2018, the mine produced 130,647 ounces of gold at a cash cost per gold ounce of C$800, after by-product credits. Additionally, its mill throughput rate averaged 3,769 tons per day. The mine is expected to produce 150,000 ounces of gold in 2019 at a cash cost of C$850 per ounce after by-product credits.