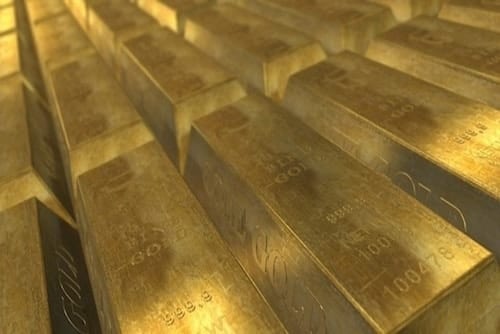 Gold saw a high level of volatility in March as markets contracted in response to the COVID-19 pandemic. But despite the headwinds, the yellow metal has retained most of its 2019 gains.

In fact, gold’s safe haven status has allowed it to trend higher since mid-March. The precious metal is currently trading for about US$1,680 per ounce, around a 30 percent increase from a year ago.

Now that the first quarter of 2020 has drawn to a close, the Investing News Network has rounded up the five best gold stocks on the TSXV with the biggest share price gains year-to-date.

The list below was generated on April 17, 2020, using TradingView’s stock screener, and all companies listed had market caps above C$10 million at that time.

With projects in Canada and Guyana, G2 Goldfields has a portfolio of legacy and past-producing assets.

Focused on developing its Oko-Aremu project in Guyana, the company’s latest release relates to ongoing drill activity at the site. An initial 28 holes have identified a significant strike length of gold mineralization.

“Drilling to date has been very shallow with the vast majority of intercepts above 110 meters vertical. We look forward to aggressively drilling this trend off both along strike and to depth, as well as establishing other potential zones of mineralization,” said Chairman Patrick Sheridan.

AEX Gold is focused on the acquisition, exploration and development of gold projects in Greenland, and currently owns four properties in the country. The gold junior is presently engaged in the exploration of the Nalunaq site, and recently shared several announcements regarding the project.

A mid-March announcement notes that the Danish State Investment Fund and Greenland Venture have increased their position in AEX, bringing in C$3.7 million in funding for exploration.

In February, the veteran investor purchased an 8.07 percent stake in Orefinders for C$642,858. A month later Sprott, upped his position in the exploration company to 11.89 percent of its issued and outstanding common shares on a non-diluted basis.

Owner of the permitted Otso gold mine in Finland, Otso Gold has plans to enter production in July 2020.

A January press release includes an update on an infill drill program at Otso, which was being conducted to increase confidence in mineralization and form the basis for a restart plan. The statement notes that the first phase of activity included more than 1,900 meters of diamond drilling in 20 holes.

Shares of the company hit their highest year-to-date value around that time, climbing 89 percent to C$0.85 following the news.

Focused on project development in Guyana, Goldsource Mines is currently in the proof-of-concept phase at its Eagle Mountain gold project.

In early April, Goldsource announced it would be temporarily suspending drilling and exploration activities at Eagle Mountain for at least 30 days to help stop the spread of COVID-19 in South America.

In addition, the company closed both its Guyanese and Canadian offices, saying it would use the downtime to better analyze data. Goldsource later found another target as a result of the data review.

“Since the discovery and delineation of the Salbora deposit, the Company has focused on comparing geophysical induced polarization and resistivity with historic exploration results to prioritize our drill targets,” said President Yannis Tsitos. “This compilation has led us to the Toucan target.”

Editorial Disclosure: Otso Gold is a client of the Investing News Network. This article is not paid-for content.