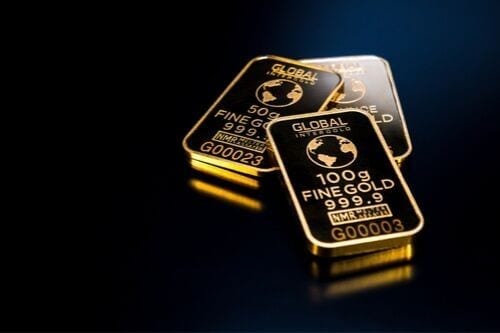 Looking for the best gold stocks? These TSX-listed gold companies have seen the biggest year-to-date gains so far in 2019.

The gold price surged during the second half of 2019, finally breaking through the US$1,500 per ounce level for the first time in six years on August 7.

Against that backdrop, many companies in the gold space have made progress and expanded the resource potential of their assets. Now that 2019 is coming to a close, the Investing News Network has rounded up the five best gold stocks on the TSX with the biggest share price gains year-to-date.

The list below was generated on December 2, 2019, using TradingView’s stock screener, and all companies listed had market caps above C$50 million at that time.

Founded in 1996, Wallbridge Mining Company has several assets in Sudbury, Ontario, along with two projects in Quebec. Additionally, it has an 11.5 percent stake in Carube Copper (TSXV:CUC), which gives the company access to copper and gold exploration activity in British Columbia and Jamaica.

Much of Wallbridge’s activity during the second half of the year revolved around its Fenelon gold project in Quebec. In mid-November, the miner announced additional drill results from its Area 51 and Tabasco discoveries, outlining a large gold system at Fenelon.

Towards the end of November, the company completed a financing of US$42.4 million in order to fund its planned 2020 exploration activities, which will advance Fenelon towards production.

Alacer Gold has an 80 percent stake in the Çöpler gold mine in Turkey, which has a mine life of 20 years. The company’s ultimate goal is to produce from multiple mines in the country.

On September 26, the miner obtained positive drill results from a 50 diamond drill hole program at its Çöpler Saddle asset. Rod Antal, president and CEO of Alacer, noted that the near-mine exploration project is a crucial part of Alacer’s short-term strategy to identify additional oxide ore, which the company can convert quickly into production by leveraging existing infrastructure.

Liberty Gold is a gold-focused producer that mines exclusively in the world-renowned Great Basin region within the US. The region covers Nevada, half of Utah, substantial portions of Oregon and California and small areas of Idaho, Wyoming and Mexico.

On November 5, the miner revealed that it was continuing to expand a thick zone of high-grade Carlin-style gold mineralization at its Black Pine project in Idaho. It reported 3.4 grams per metric ton (g/t) oxide gold over 62.5 meters, including 6.21 g/t gold over 21.3 meters.

At the beginning of December, the company laid the groundwork to sell its 79.1 percent interest in the Kinsley Mountain gold project, located in Northwest Nevada, to Barrian Mining (TSXV:BARI,OTCQB:BARRF) for over US$7.5 million.

GoGold Resources is a gold and silver producer with operations in Mexico. Its flagship properties are Los Ricos, located in Jalisco state, and the Parral tailings project in Hidalgo del Parral, Chihuahua.

At the beginning of October, the miner announced its third quarter results, stating that it had produced 2,921 ounces of gold during that time and 9,149 ounces of the yellow metal year-to-date. Additionally, GoGold revealed that it produced 580,711 silver equivalent ounces, consisting of 326,625 silver ounces and 2,921 gold ounces. That was an increase of 29 percent from the previous quarter and the company’s previous record of 451,011 silver equivalent ounces.

Eldorado Gold has gold and polymetallic assets at various stages of exploration, development and production. The company has existed for over two decades and operates on three continents.

At the end of October, the company announced its Q3 results, noting that gold production for the quarter totaled 101,596 ounces, with 276,376 ounces produced year-to-date. Quarterly production included 32,037 ounces from Lamaque, which was in its second quarter of commercial operation. From a financial standpoint, the company experienced a higher volume of sales during the quarter, which resulted in earnings before interest, taxes, depreciation and amortization of US$73.2 million.

Want an overview of investing in gold stocks? Check out An Overview of Gold Stocks and Prices.

What do you think were the best gold stocks of 2019? Let us know in the comments below.