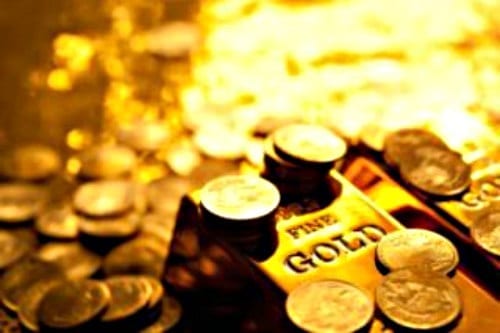 Gold is up significantly this year, with its main tailwind being its strength as a safe haven asset as the US Federal Reserve cuts interest rates and ongoing geopolitical issues shake up the market.

Prices for the yellow metal broke the US$1,500 per ounce level in August, reaching their highest point in six years. Many investors are now wondering if gold stocks will follow the uptrend in prices.

For those looking for gold stocks to buy, analysts at Raymond James recently released a list of the gold-mining companies they believe have high upside investment potential.

“We are revising our gold price forecasts higher to reflect a strong set-up for the metals as a result of heightened geopolitical tensions, continued likelihood of further rate cuts and weak economic data in key regions,” the analysts state in the report.

Read on to learn which five gold-mining companies the analysts chose for their gold stocks list. For investors looking to invest in gold and decide which gold stocks to buy, this may be a good place to start.

On October 7, the company announced that it achieved commercial production at its Amaruq satellite deposit at the Meadowbank complex on September 30.

Centerra Gold operates two flagship assets, the Mount Milligan mine and the Kumtor mine, which are located in Canada and the Kyrgyz Republic, respectively.

In August, Centerra completed its strategic agreement with the government of the Kyrgyz Republic.

Early in September, OceanaGold reported high-grade intercepts at Haile, where exploration has focused both on infill and extensional drilling. On September 24, the company announced it had extended its drilling at the Martha underground project at Waihi.

Endeavour Mining, another of the world’s leading mining companies, has four mines in Burkina Faso and Côte d’Ivoire. These mines are expected to produce between 615,000 and 695,000 ounces of gold in 2019. The company is looking to uncover 10 million to 15 million ounces of gold via exploration by 2021.

On August 1, the company released its Q2 results, posting a production increase of 42 percent over Q1 at 171,000 ounces following the successful commissioning of the Ity CIL operation.

For other possible gold companies to invest in, check out our lists of the TSX– and TSXV-listed gold stocks that are up the most year-to-date.